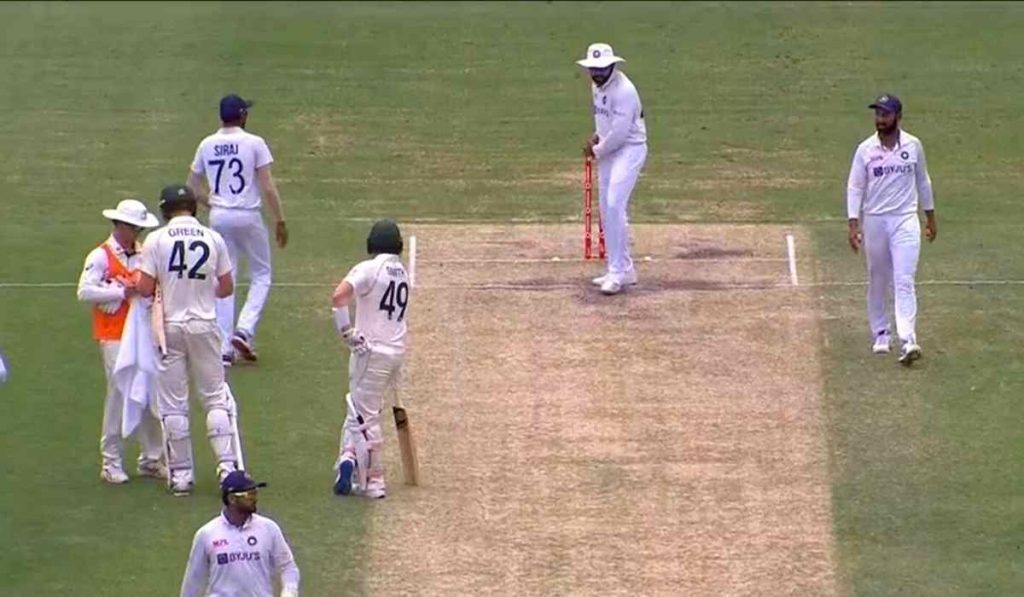 Just a week ago, on the 5th day of Sydney Test which was lot famous for India’s fightback, Australian batsman Steve Smith was caught in the center of a storm when a video footage of him scuffing Rishabh Pant’s batting guard had gone viral on social media and he was heavily criticized by cricket fans for his ethics, Rohit Sharma too tried to troll him for the same when he shadow batted in Smith’s crease right when he [Smith] was watching him.

The incident happened right before lunch when the broadcasters showed Rohit coming up to Smith’s crease and doing some shadow batting under his eyes probably with an intention of reminding him of the controversy a week ago to take his focus away from his batting. It was a sledge without saying any word.

The footage however, didn’t suggest Rohit scuffing the guard of Smith saving Rohit from any kind of controversy. Fans just saw the funnier side of Rohit’s cheeky attempt to take a dig at Steve Smith.

Also read : 13 wickets for India’s bowling attack in Gabba Test – lowest after 1946, a rare phenomenon worth telling your next generation

However, it was not the case with the entire Smith’s incident as social media was blown away with his madness, which was earlier even called ” cheating ” by a lot. Smith was criticized left, right and center even by some former cricketers along with experts and fans. When the full video came out a day later, a lot of them changed their stance and found that the issue was blown out of proportion.

Gabba Test right now keeps everyone on the edge of their seats with all three results possible. India just picked Steve Smith’s wicket to get back in the game at the time of publishing this article.