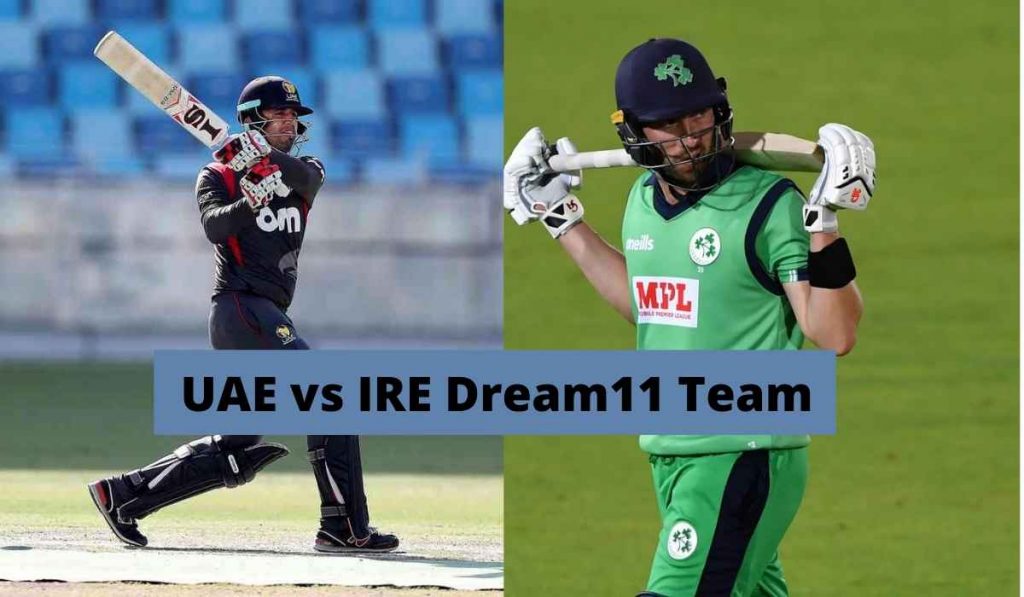 Cricket after COVID-19 has resumed at large and this series between UAE and Ireland is one proof of that. UAE and Ireland will play a series of 4 ODIs in United Arab Emirates and the series begins with first ODI which will be played tomorrow. We cover the fantasy aspect of it by bringing UAE vs IRE Dream11 Team Prediction post.

UAE are looking a bit different side to the one played the last time and that is majorly due to the inclusion of youngsters like Vritiya Aravinda and Aryan Lakra. Whether they will get a match or not is a different thing to see though. Lakra can possibly earn a spot in the playing 11 but he will have to compete with another youngster Karthik Meiyappan for that spot. Wicket keeper batsman Vritiya is going to open the batting.

After hosting Indian Premier League, UAE is finally ready to host some international cricket too and it begins from Ireland tour of UAE itself. Experienced players like Ahmed Raza, Rohan Mustafa, Chirag Suri and Zahoor Khan make this team quite a competitive one against a stronger Ireland.

Players to pick from UAE

Ireland on the other hand, has got pretty much the same squad which took on England in their last series recently. Even though Ireland are the visitors, they still start the series as favorites because of the balance this Andrew Balbirnie led side has got. Paul Stirling and Kevin O’Brien provide experience to the side while players like Simi Singh, Gareth Delany and Craig Young are some exciting young players to watch out for in this Irish side.

Ireland had chased down the total of 329 against England in their last 2 ODIs and that should give them a lot of confidence. Both Paul Stirling and Balbirnie had scored 100s.

Players to pick from Ireland

As you’d have seen in the IPL, the Abu Dhabi pitch offers some assistance to the pace bowlers with the new ball. In case you don’t remember clearly, the famous Mohammad Siraj’s spell of 3 wickets for 8 runs had come at this same venue. However, the venue is also conducive to shot making and the statistics confirm it.

The UAE vs IRE teams can also be used on MyFab11 which charges the least entry fees and competition is less. Get Rs. 50 on joining and 100% cash bonus up to Rs. 5999 on first deposit!