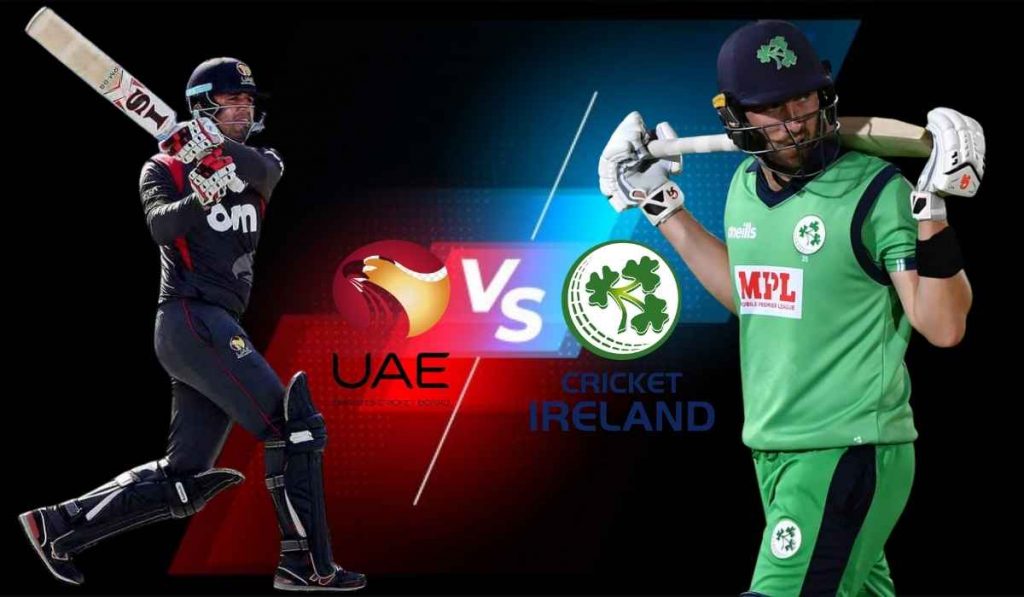 After stunning Ireland in the first ODI by chasing 270 against a strong Irish attack, UAE would take them on again in the second ODI in order to take an invincible lead of 2-0 in the 4 match series. As they play for invincibility, you too would love to be invincible in fantasy cricket to earn some money. In this article, we cover that desire of yours by bringing the most accurate UAE vs IRE Dream11 Team Prediction giving you the information about playing 11, pitch report and the best players to pick in Dream11 for this UAE vs IRE match.

UAE did a dreamy stuff in the first ODI when they chased the target of 270 in the first ODI but that also tells you about how beautiful was the track at which they batted. Some of the big players stepped up as expected. For the second ODI, the playing 11 is expected to be the same as it was a total team performance with the bat and the ball.

Ireland were firm favorites after the first inning which ended with them scoring 269 runs. They’d be happy with the form of their batsmen, particularly Paul Stirling who got back to back 100s (first against England in last series) while captain Andrew Balbirnie contributed with a 50 too. While the batting was great, bowling wasn’t. Mark Adair and Craig Young were expensive but they will perhaps get one more shot in this next match. Simi Singh might come in for Hary Tector.

This Abu Dhabi pitch is really good for batting and you get the sense when both teams score over 269 runs in their 50 overs. It was the 21st time when a team scored a total in between 250 and 299 here. Average first inning score is 250 on this venue. All these statistics confirm that batting is an easier job here compared to bowling.

The UAE vs IRE teams can also be used on MyFab11 which charges the least entry fees and competition is less. Get Rs. 50 on joining and 100% cash bonus up to Rs. 5999 on first deposit!