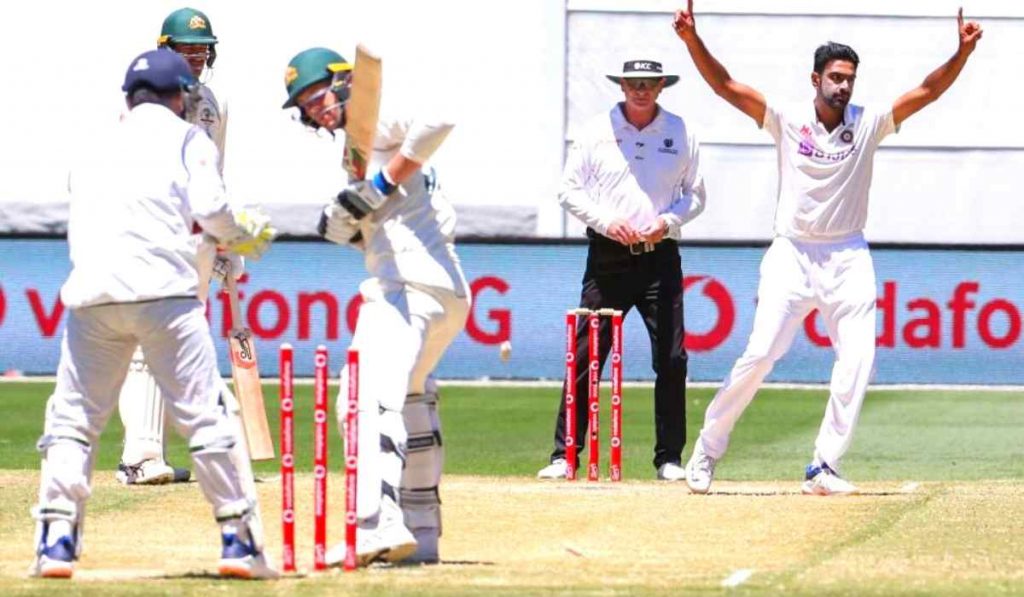 India scripted a fairytale comeback at the MCG as they hold their nerves to win the Boxing Day Test on the 4th day by 8 wickets. The day had begun with a quiet anticipation and a sense of India doing something historical but there were doubts everywhere considering how India got bundled up on 36 in Adelaide. India didn’t make the same mistake again and as soon as the winning runs were hit, Twitter erupted with joy to hail Team India and label the win as the ” comeback of the decade “.

Earlier in the morning, India had to toil hard and it took them two and a half hours to pick 4 remaining Australian wickets although at no point, they lost the grip of the match. Australians showed a lot of resilience when it came to protecting their wickets but they found it hard to score freely. Once Bumrah broke the partnership between Paine and Cummins, the writing was on the walls for Aussies.

After early hiccups, India chased the target of 70 quite convincingly to win the Melbourne Test and level the series 1-1 as of now. Ajinkya Rahane was adjudged as the player of the match for his wonderful century in the first inning. People took to twitter to celebrate the win and appreciate team India’s fighting spirit along with the captaincy of Ajinkya Rahane.

Here are some of the best reactions to the victory :

After the 42, India went onto lose the next Test by an innings and 78 runs. After 36 India go onto win the next Test. Wow!
It’s a historic win because it came after a historic loss. #IndiaWins

To win a Test match without Virat, Rohit, Ishant & Shami is a terrific achievement.

Loved the resilience and character shown by the team to put behind the loss in the 1st Test and level the series.

What a win this is, absolutely amazing effort by the whole team. Couldn’t be happier for the boys and specially Jinks who led the team to victory amazingly. Onwards and upwards from here 💪🇮🇳

India winning the test at MCG against all odds.😊 #INDvAUS #AUSvIND pic.twitter.com/u6WLwT4Y3R

From Adelaide to Melbourne, the Indian batting has done a Tewatia 😎#INDvAUS

WOW!! Incredible comeback. What a win. Fine display of mental strength and character. Congratulations to each and every member of the Squad. @BCCI #INDvAUS

India owe this win to their bowlers, but this was Rahane’s Test. Scored a rousing hundred, and made equally vital contributions as captain and leader: Bold and spot-on selections, superb tactics on the field, and that classy touch with Jadeja after the runout #INDvAUS

Whatever the struggle may be, you can decide even if life knocks you down, you will get back up again and never stop fighting.
And this is what #TeamIndia under @ajinkyarahane88 did!#INDvAUS
Amazing comeback!!!

This win should be labelled as ” comeback of the decade ” for Indian team imo. Cape Town test in 2018 comes close but that was still a dead rubber. This has to be the best Indian comeback in this decade. And that too in the last match. #AUSvIND

Both teams will now enjoy few days off and celebrate the new year’s break as the next test is scheduled to start on 7th January. However, with the current border lockdown situation due to COVID-19, there is still uncertainty over the venue for the 3rd Test.