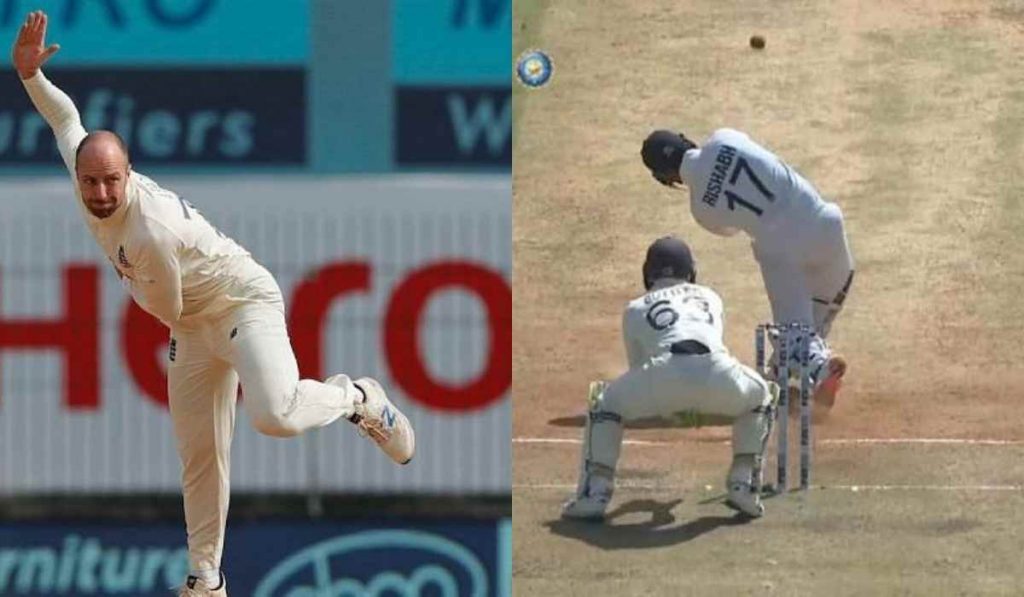 English off spinner Jack Leach’s figures read 0-77 in 8 overs in a Test match till the time Rishabh Pant was batting in the first inning for India. Out of those 77 runs, 55 were hit by Rishabh Pant in only 4.2 overs when Leach had some big footmarks to target around Pant’s off stump. This was surely a nightmare phase for Leach as he had hardly such mauling in Test cricket before. Even though he came back strongly in the second inning and helped England win the Chennai Test, he admitted he didn’t enjoy this experience in Test and jokingly said that it felt like he was playing in IPL with the economy of around 10 in his first 8 overs.

Leach has never played in the IPL though.

” Thought I was playing in the IPL! It was definitely a challenge. As a spinner, you got to expect that at times. But I’m never going to enjoy 8 overs for 80. So, it’s just about trying to stay strong and the boys really helped me out. It was a tough evening but I just wanted to come out stronger in the last 2 days.” Leach said

Pant had hit Leach for 3 fours and 5 sixes in those 26 balls and although England won the first round of this battle and Leach had a good game too overall with a figure of 6-181 in the match and 4-76 in the second, it pretty much gave away that it wouldn’t be easy for the left handed spinner to restrict Pant in the upcoming matches of the series. However, Leach was quite satisfied with his overall efforts and how he managed to keep his composure despite that thumping.

“This is my first time in India. They’ve got a great batting line-up and I sort of knew the pressure that comes with it. Really happy to get some wickets and help the boys over the line,” the left arm spinner added.

People who thought Jack Leach would be broken mentally from his experiences on day 3 really haven’t been paying attention. Have you seen what he’s been through? He’s a whole lot tougher than he looks.

Together Dom Bess and Jack Leach collected 11 wickets in the Chennai Test but you’d say Jack Leach was the bowler who was more in control for most part of the game, especially in the second inning. The second test starts at the same venue 4 days later and these two spinners along with Anderson & Archer who were both exceptional will go confident into the match.