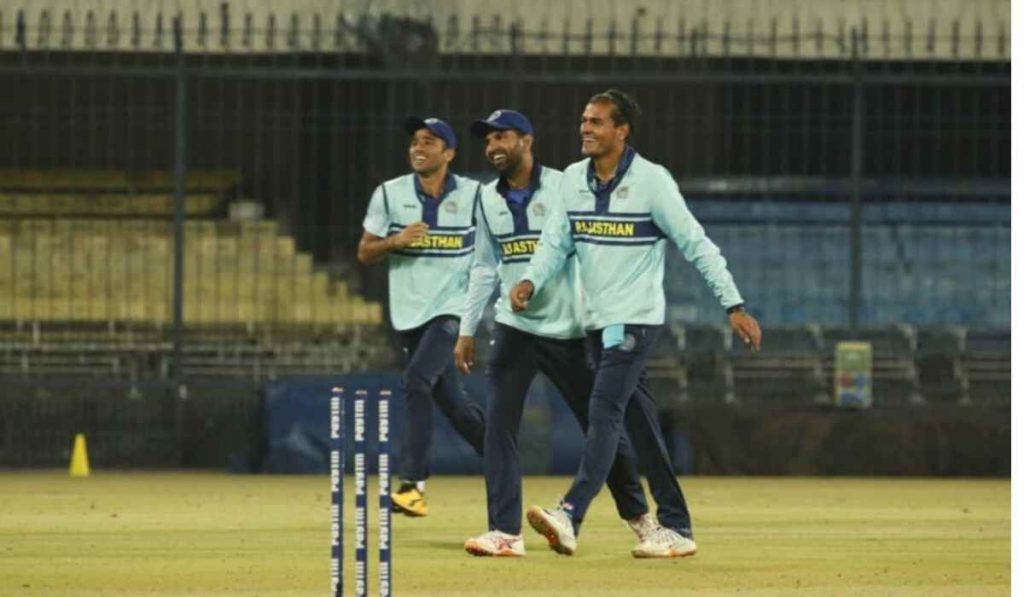 In the second of the three Elite Group D matches of ongoing Vijay Hazare Trophy scheduled tomorrow, Rajasthan takes on Himachal Pradesh in Jaipur. Rajasthan won their opening game while Himachal lost to Maharshtra in their first match. In this article, we look at the RJS vs HIM Dream11 Team, Playing 11 for this match, Pitch report and the best players to pick in your Dream11 Team for this RJS vs HIM match.

Rajasthan had a great start against Puducherry when they beat them by 6 wickets in a thrilling chase at their home ground. Chasing a big total, Rajasthan got off to a great start and they capitalized at it very well. Manender Narender Singh scored 115 while Ravi Bishnoi and SK Sharma starred with the ball picking up 2 wickets apiece.

Khaleel Ahmed could only bowl 4 overs in the last match and had to leave the field as he wasn’t fully fit. His chances of recovery in this match are slim and hence he could be replaced by another left arm seamer Tanveer-Ul-Haq which is the only change we can think of happening in this game.

Best Players to pick from RJS

Himachal Pradesh didn’t like the start they wanted and they’ll have to up their game in their next match against Rajasthan. Chasing a stiff target of 296 set by Maharashtra, Himachal batsmen fell like a pack of cards and could only manage to get to 236. Opener Abhimanyu Rana was the highest scorer of the inning with his 46 while Vaibhav Arora did well with the ball.

Himachal may look to replace Digvijay Rangi with Nikhil Gangta to add more batting depth which they precisely need after the last match collapse.

Best Players to pick from HIM

RJS vs HIM Playing 11

RJS vs HIM Pitch Report

The pitch of Sawai Mansingh Stadium has always been good for batting because it has got the bounce and carry. Fast bowlers enjoy bowling at it, particularly with the new ball but once the batsmen see that off, they go on reaping great rewards. You could expect Rajasthan to put a high score here if they bat first.

RJS vs HIM Dream11 Team 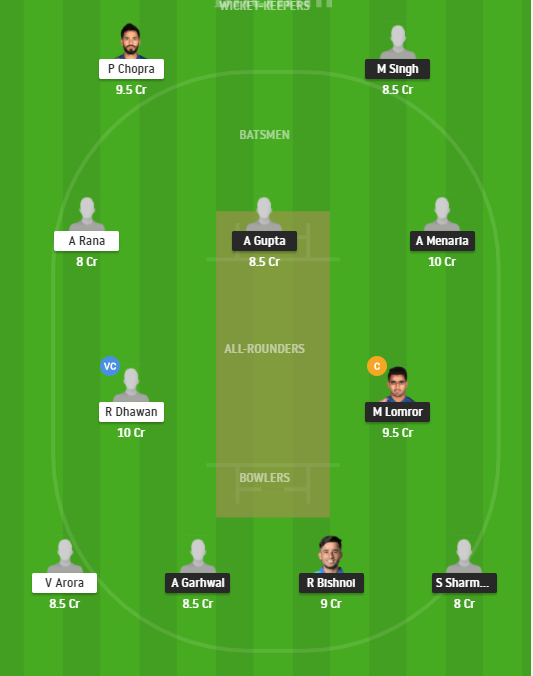