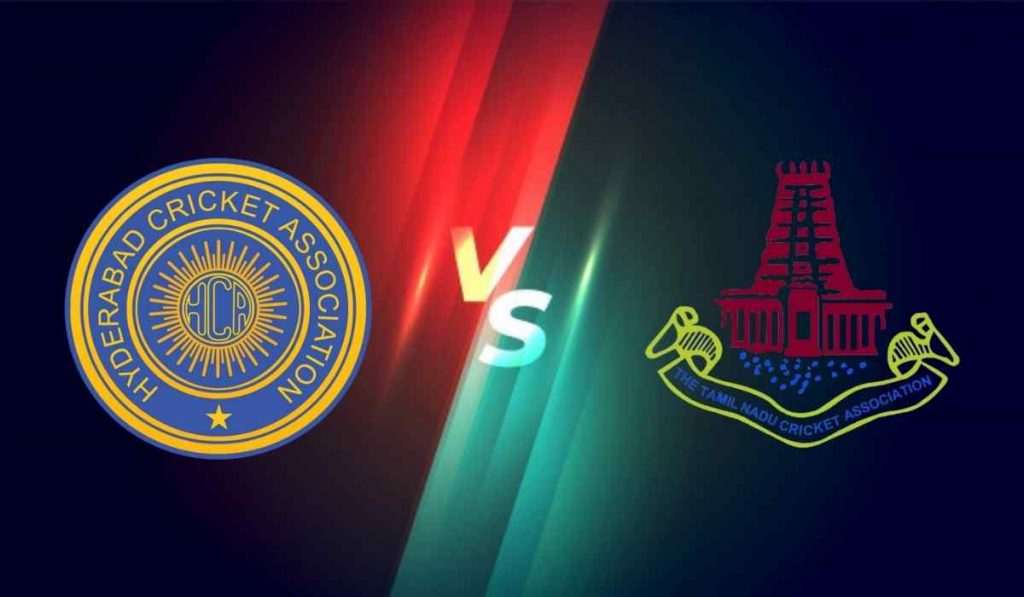 In the Elite Group B match in the Syed Mushtaq Ali T20 in Kolkata, Hyderabad will be taking on Tamil Nadu. In this HYD vs TN Dream11 Team Prediction article, we bring you a fantasy preview where we will tell you about the playing 11 and best players to pick in your Dream11 Team for HYD vs TN match.

Hyderabad will play the table toppers Tamil Nadu in their next match which will be played Kolkata tomorrow afternoon. They currently sit at 3rd in the points table with one win and two defeats. Tilak Verma has been their top run getter so far while captain Tanmay Agarwal has been fairly decent with the bat too.

With the ball, it has mostly been Ravi Teja show with most of the other bowlers failing apart from Kartikeya Kak in the first match. Ajay Dev Goad might replace Yudhivir Singh in this game who bowled just a couple of overs and was expensive. Pragnay Reddy has had scores of 0 & 1 in the last two matches so Kolla Sumanth should be walking back as wicket keeper batsman.

Tamil Nadu have had a contrasting journey to Hyderabad where they have won 3 out of 3 matches to sit at the top of table in Elite Group B and they are firm favorites for the 4th win as well. The south Indian juggernaut has had a lot of things going for them so far and it includes strong partnerships between two spinners – Sai Kishore and Murugan Ashwin while bowling and Hari Nishanth & N Jagadeeshan while batting. Tamil Nadu have been on a winning chariot mostly due to the combination of these two pairs.

But whenever the opportunity has presented, others had grabbed them too. Dinesh Karthik himself scored a quickfire 46 in a game against Jharkhand. Vijay Shankar should be back in the playing 11 replacing Arun Karthik. Things have been going really well for them and unless of course they want to give someone an opportunity, there should be no reason for any other change in the playing 11.

Jadavpur University campus pitch favors bowling more than batting and in particular, pace bowling. However, with the huge contrast in the quality between two sides, it wouldn’t bother much to Tamil Nadu batsmen even if the pitch is slightly challenging but watch out for Tamil Nadu quickies in this game.