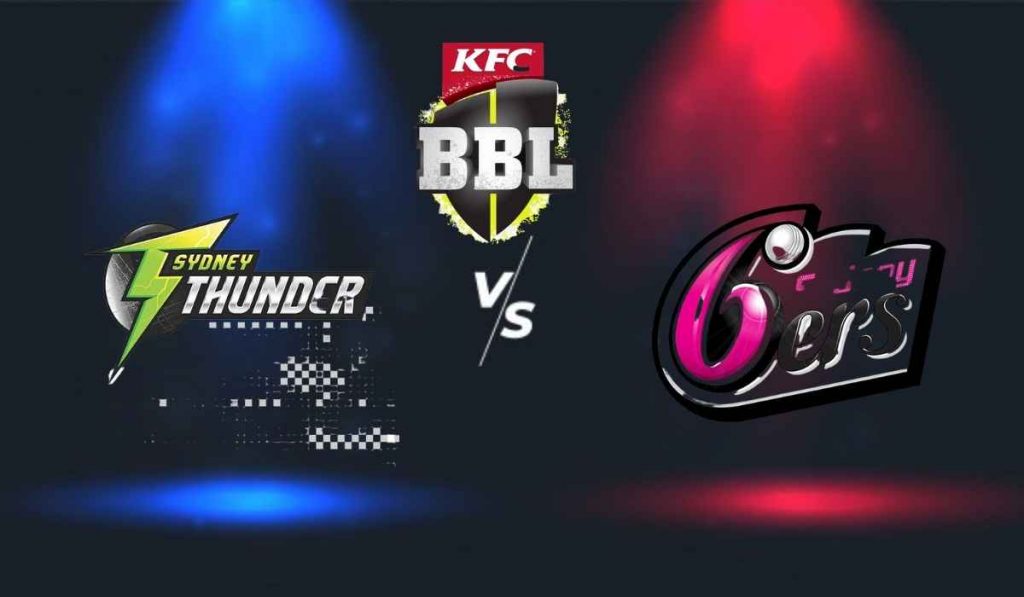 This is finally the Sydney Smash we had been waiting for and both of the games will be played in the second half of the group stage. Thunder lost their last match to Scorchers due to a strange decision at toss while Sixers are coming on the back of a victory in their last match. You must be ready to make your Dream11 team for this Sydney derby. Let us help you with all the information you need to make a perfect THU vs SIX Dream11 Team. In this article, we bring you playing 11, pitch report and best players to pick in your Dream11 Team for THU vs SIX match.

Sydney Thunder are currently placed at the second position in the points table and winning this game would help them reach the top. They lost their last match against Perth Scorchers while chasing on a venue which supports the team batting first. Sam Billings played an outstanding lone warrior knock though but he couldn’t let lead them to win.

Thunder would be delighted to have Daniel Sams back in the squad who has finally recovered from the concussion and is ready to play again in this big ticket game. Sams would walk back in our Dream11 team straight away. Rest of the squad would be same. With Doggett picking up 4 wickets and McAndrew doing well recently, Adam Milne remains the only fast bowler whose spot remains vulnerable and he could be replaced by Daniel Sams in the playing 11.

Sydney Sixers must be really delighted to get a win after being in a position of losing the last match against Brisbane Heat. Chasing 149, they were restricted to 54-4 but a partnership between Daniel Hughes and Daniel Christian helped them win the match. They’d dearly love to hang on to their top spot by winning the match against their arch rivals.

Sixers have named their squad and it is the same squad which took on Heat in the last match. They are also expected to play with the same playing 11 as well.

The statistics of this venue tells that Manuka Oval is quite a high scoring venue which has an average of 170 in the first inning. The highest score has been 219 while 4 out of 10 times, teams have scored between 170 and 189 on this venue.

5 matches have been while batting first while 5 have been while chasing so there is a fair share of distribution between both the results but with the nature of the pitch staying true, batting will be lot more comfortable on this deck.

THU vs SIX Head to Head