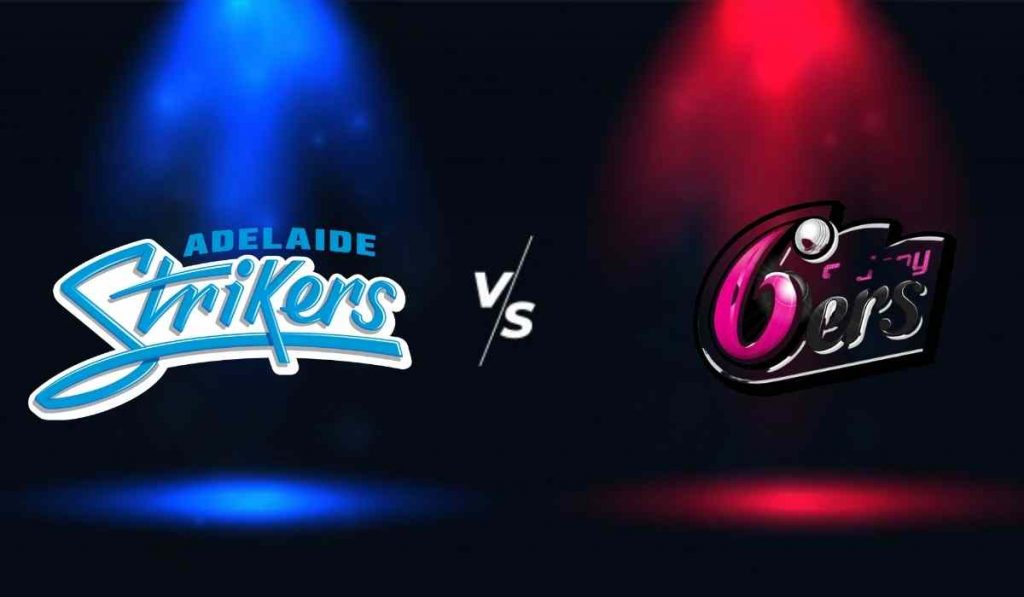 In a top half of the table battle, Adelaide Strikers will go up against Sydney Sixers in the second match of the weekend double header in Queensland. As they await their contest and you still have time to make your Dream11 fantasy team, we bring you the STR vs SIX Dream11 Team prediction post where you will get all the fantasy related news about the upcoming match.

Adelaide Strikers lost a new year’s eve match after a long time and even though it didn’t hurt them too badly in the points table, it’d have hurt them in the camp. Strikers had also lost their earlier clash to Sixers by 38 runs and they’d want to avenge that too along with wanting to get back to the winning ways.

Strikers have named the same 18 members squad for this game which featured in the last match. However, the possibility of changes in the playing 11 can not be ruled out.

Sydney Sixers were in such a strong position in the points table before their last unexpected loss to Brisbane Heat yesterday. They still have time to make amends and get back onto the top of the points table by beating the Strikers in this match. They must be thrilled with the rich form of Joshua Philippe.

Sixers have got the services of English pacer Jake Ball now and he might make his BBL debut in this match. Their whole squad is the same which played the last game.

The stats show that the pitch here at Carrara Oval favors batsmen mostly although bowlers too get some purchase from the surface. The average first inning score is 164 while out of the 9 matches played here, the score of 190 has been crossed only once. 5 out of 9 first inning scores have ended between 150 and 169 which tells there is something for the bowlers in this track.

STR vs SIX Head to Head

The STR vs SIX teams can also be used on MyFab11 which charges the least entry fees and competition is less. Get Rs. 50 on joining and 100% cash bonus up to Rs. 5999 on first deposit!