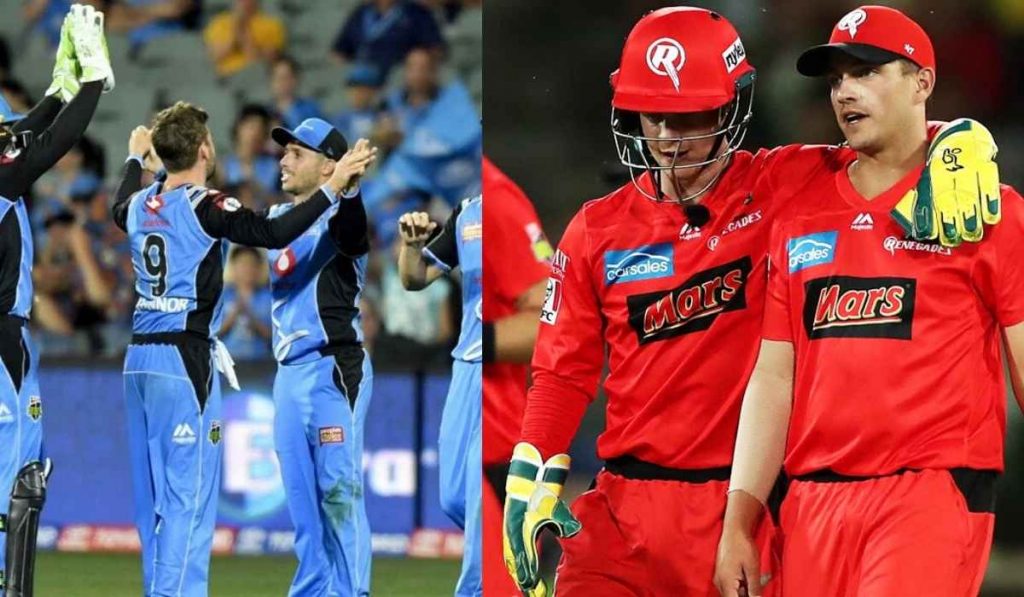 Adelaide Strikers will lock horns with Melbourne Renegades in the round 2 of the battle in the 33rd league game of the ongoing Big Bash League. The Renegades were comprehensively beaten in the round one and Strikers will start this match as favorites again on their home turf. Go through this article to know the best STR vs REN Dream11 Team Prediction.

Adelaide Strikers will have a great chance of coming closer to the top of the points table when they will take on a depleted Melbourne Renegades in their next match. However, they won’t take Renegades easily as the later must be hungry to avenge their first loss.

Last win came on the back off a lovely finishing touch from the bat of Jake Weatherald and some all round bowling & fielding performances which is why they have named the same 18 men’s squad to take on Renegades. Most likely they’d be naming the same playing 11 at the toss as well.

The less said about the men in red, the better it would be. Renegades have been completely down and out this season and they’ve been an easy opponent to beat for every team. They’ve won just one out of 8 matches and time is running out for them.

The Renegades haven’t named their squad for this match as yet but they’d already announced an 18 members squad before the round one against Strikers. Lots of eyes will be on captain Aaron Finch who was slightly unlucky to be dismissed on a golden duck in the last fixture. Shaun Marsh is likely to miss this game too due to paternity leave.

STR vs REN Head to Head

According to our prediction, Adelaide Strikers will win the match.

The STR vs REN teams can also be used on MyFab11 which charges the least entry fees and competition is less. Get Rs. 50 on joining and 100% cash bonus up to Rs. 5999 on first deposit!