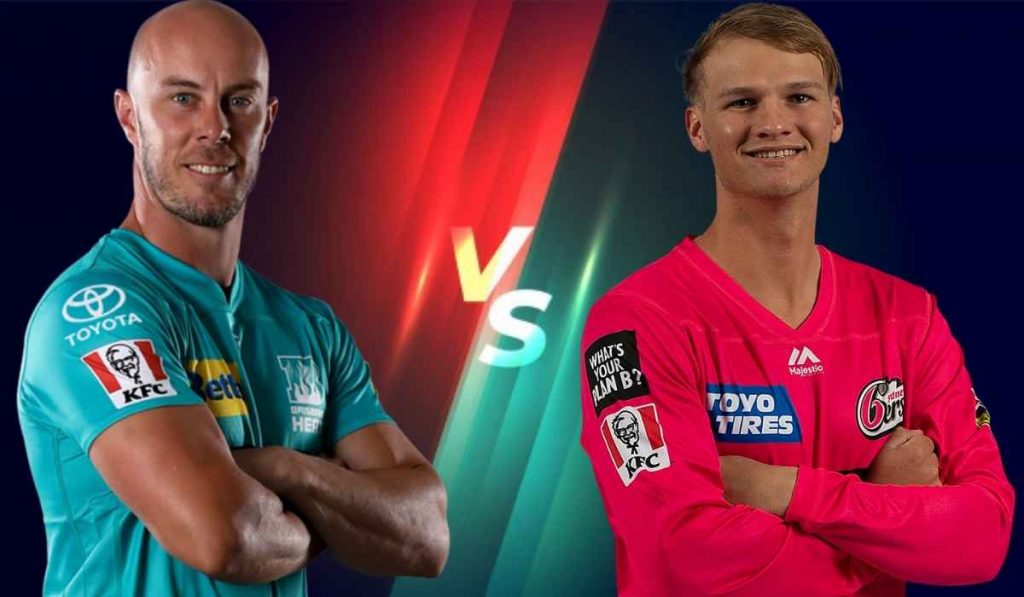 Sydney Sixers will look to get back to the top spot when they will play Brisbane Heat in the 35th match of the KFC BBL on January 10th. The top spot is being tightly contested between both the franchises from Sydney. On the other hand, HEA will like to ride on the momentum and jump to third position with a win. You’d like to jump places in the Dream11 Fantasy too and so here we bring you SIX vs HEA Dream11 Team Prediction where we give you the information about Playing 11, Pitch report and best players to pick in Dream11 from both SIX and HEA.

Sixers will be playing a 3 days gap and they are coming on the back of an embarrassing 86 runs defeat against Scorchers. Chasing 184, the batting fell like a pack of cards on a beautiful batting wicket. However, they still have 21 points on the board and a formidable side and the loss should just be called an aberration.

Sixers have won all their 3 matches on this venue this season. However, the absence of Ben Dwarshuis comes as a big blow to them. Dwarshuis had an injury and is hoping to get back to the field for the Sydney derby 3 days later.

Heat are on a roll, just like Scorchers. They have won their last 3 matches and are riding the momentum to win the 4th one too but then they’d face a team which has won 3 out of 3 matches on this venue. For viewers though, it promises to be a hell of an exciting game.

Heat has maintained the same 18 men’s winning squad from the last game as they have no reason to change it either. They’d go with the same playing 11 too in most likelihood.

The Carrara oval pitch is lot more balanced and you can not make out whether it favors the bat or the ball but both the sides have some dynamic batsmen well capable of dominating the ball. According to the statistics , the average score batting first here is 160 and most of the first inning scores here range between 150 and 169.

SIX vs HEA Head to Head

The SIX vs HEA teams can also be used on MyFab11 which charges the least entry fees and competition is less. Get Rs. 50 on joining and 100% cash bonus up to Rs. 5999 on first deposit!