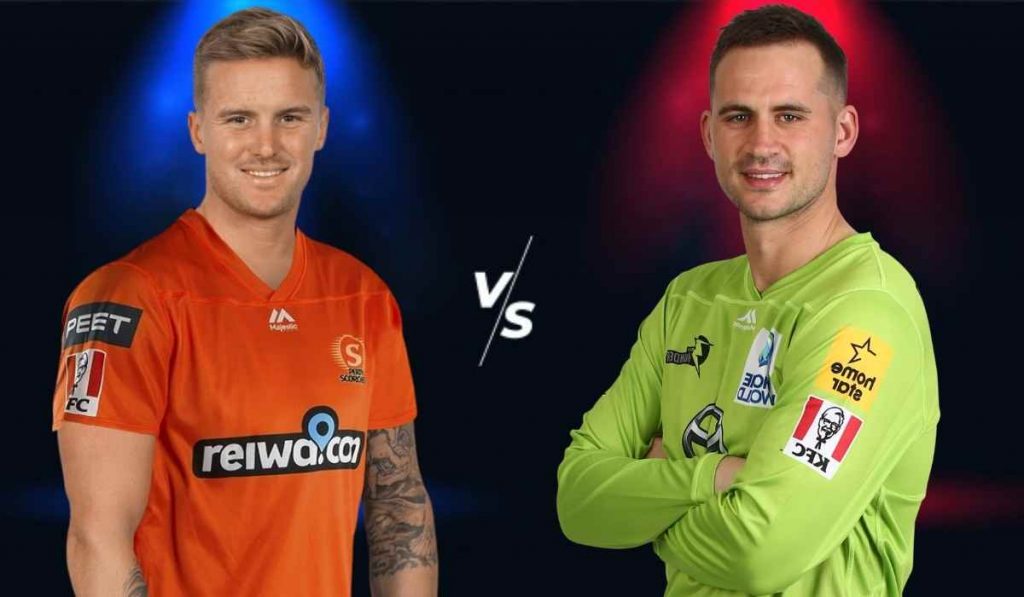 Scorchers after facing one Sydney based team in their last assignment are ready to face another Sydney based team on their home turf. Perth Scorchers will face Sydney Thunder in BBL’s next game and we bring you SCO vs THU Dream11 Team post to inform you about the pitch report, playing 11 and the best Dream11 picks for THU vs SCO match.

Perth Scorchers had a terrible start to their BBL campaign this year but they are slowly getting back on track and a win against Thunder will bring their campaign completely back on track. They’ve won three consecutive matches, out of which two have come at this very venue, which is also their home venue. They’d love to continue the momentum here.

Scorchers have made just one change to the squad. Sam Whiteman has been omitted and no one comes in. They’re most likely to stick with the same playing 11 after 3 consecutive wins.

Thunder must have some good memories of this pitch as they played their last match against Hurricanes at the same venue. They won the match defending the total and if they somehow manage to win the toss and bat first, they’d be firm favorites to disrupt the Scorchers’ winning momentum in their own backyard.

Thunder have named the same squad that took on Hobart Hurricanes. Unfortunately, Daniel Sams hasn’t recovered from the concussion yet and he will miss yet another match for Thunder. Everything clicked perfectly for Thunder in their last match so it’s highly unlikely they’ll risk changing their playing 11 unless there is an injury to someone.

Perth Stadium has hosted 3 matches this season and all three games have been won by the teams batting first. In these three matches, first inning scores were 183, 185 and 167 respectively while the winning margins were 86, 96 and 39 runs which tells that chasing is not easy at this pitch even though it’s a beautiful batting wicket having fair bit of help for fast bowlers too.

The team winning the toss would like to bat first while what you can do is to pick a lot of batsmen and fast bowlers in your Dream11 fantasy team.

SCO vs THU Head to Head

Let’s go through some to the key players to pick from both teams which might help you in making a great SCO vs THU Dream11 Team.

The SCO vs THU teams can also be used on MyFab11 which charges the least entry fees and competition is less. Get Rs. 50 on joining and 100% cash bonus up to Rs. 5999 on first deposit!