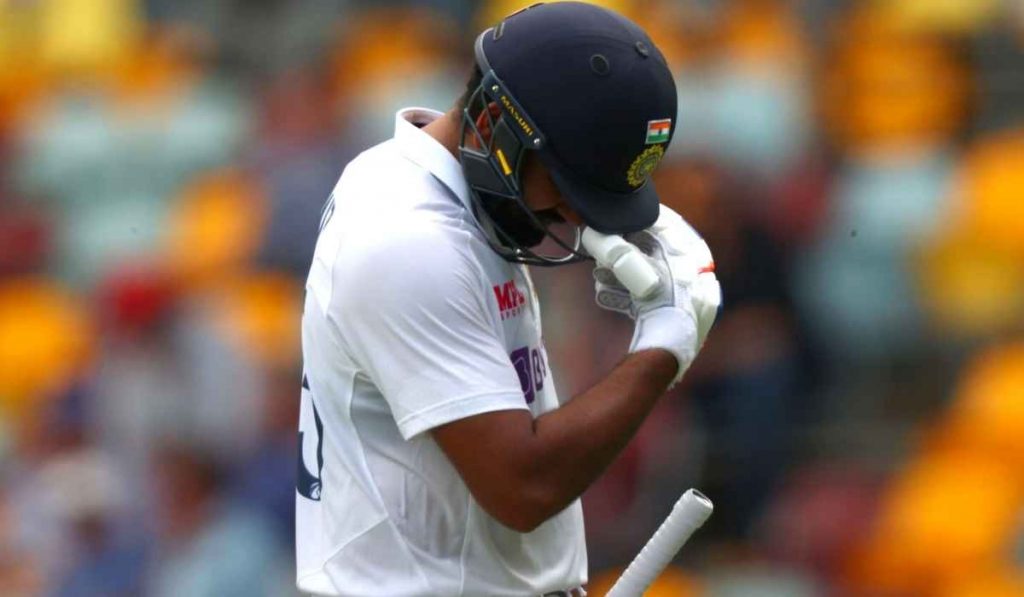 Rohit Sharma’s case in Test cricket has been a curious one. He was all set to make his debut before Virat Kohli but destiny had other ideas and when he finally got his chances, he failed to capitalized on them. Then he came back again, as an opener, had a brisk start to his test career as an opener with 3 centuries in a series against South Africa including a double 100 too but now he seems to be blowing up these opportunities too.

Rohit didn’t click against Bangladesh, missed out on chances in Australia too after some solid starts and here we go in Chennai again, same old struggle. He got to pace in the first inning and spin in the next. Even tough Kohli had clarified in the pre series press conference that Rohit and Gill will get long runs as an opener, the second inning in the first Test was considered as a really important inning for him. Rohit got bowled to a peach of a delivery from Leach and his dismissal left people scratching their heads in disappointment once again.

Here is how Twitter reacted to Rohit failing to put up a big score on the board in his 8th consecutive inning in Test cricket as an opener.

Usually Batsman plays One or Two cameos in his batting career …. But man Rohit is just legend he is playing batting cameos for 8 years in his Test career .

Should forever bin the project of Rohit the test player if he fails today.

I will not say a word on Rohit…#INDvENG

@bcci should really think of grooming of a youngster as opener with Gill…One more test match One more opportunity wasted for young players like Prithvi…Mayank…KL..Rohit is not a Test player…Respect him for what he did in White ball cricket @imVkohli @RaviShastriOfc

Rohit Sharma since his 212 in Ranchi:

rohit sharma after scoring 5 runs in a test match pic.twitter.com/ISHXxC4gVm

Sorry, but Rohit Sharma is not a test player. Proven countless times!

Rohit Sharma’s early dismissal not just invited lot of trolls and criticism but it also left his team in some trouble at the end of the day. With India set a total of 420 to chase, Rohit had the onus to give India a good start if they had to chase it or stay on the crease at least if they had to save the Test match. He could manage neither of them as India finished Day 4 on 39-1 needing 381 runs to win while England needs to take 9 Indian wickets to win the Chennai Test.