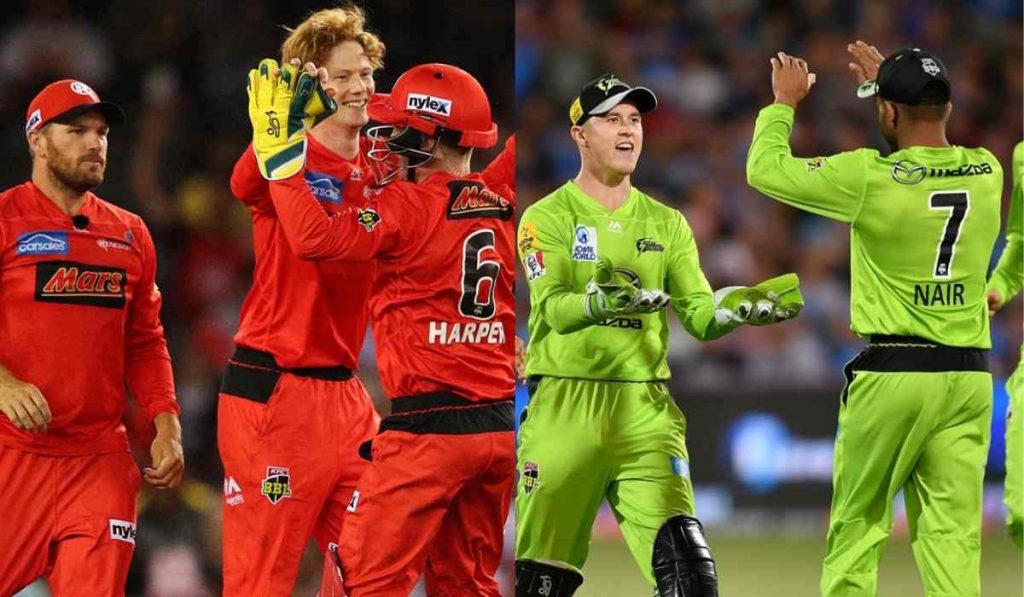 Year 2021 will be welcomed with Melbourne Renegades taking on Sydney Thunder in the 22nd match of the ongoing Big Bash League at Queensland. While the hosts are struggling in the points table, Thunder are flying high as they are placed in the top two at the moment. Not just Thunder, you too would like to fly high and hence we bring you REN vs THU Dream11 Team Prediction where we will tell you which players will be best for Dream11 in this REN vs THU match.

Melbourne Renegades are currently not a fan favorites as they are struggling to even lose decently. They are placed at the bottom of the points table with an all time lowest net run rate after 5 matches for a team in BBL. However, they will take inspiration from Perth Scorchers who defeated a strong Adelaide Strikers quite comfortably in the last match.

They have named the same 18 members squad for this game which featured in the last game.

Sydney based franchises are enjoying this BBL and both Sixers and Thunder being in the top two of the points table is a proof of that. Thunder have won 4 out of 5 matches and they will take huge confidence from the 75 runs victory against a much better Melbourne Stars in their previous match. However, they must be vary of what happened to Strikers after them being in a similar position before the match against Scorchers.

Thunder have announced the same squad which broke the 200 runs barrier twice in last couple of games but fast bowler Nathan McAndrew’s fitness will be assessed and last call on him will be taken before the toss only.

Carrara Oval has been quite a batting friendly venue and the pitch just suits perfectly for some entertainment on new year’s day. It has hosted just two games so far and the teams batting second have won both the matches. The first inning scores in these two games have been 193 and 168 respectively and these two scores have been chased successfully which tells you that you should have more batsmen than bowlers in your Dream11 Team.

REN vs THU Head to Head

The REN vs THU teams can also be used on MyFab11 which charges the least entry fees and competition is less. Get Rs. 50 on joining and 100% cash bonus up to Rs. 5999 on first deposit!