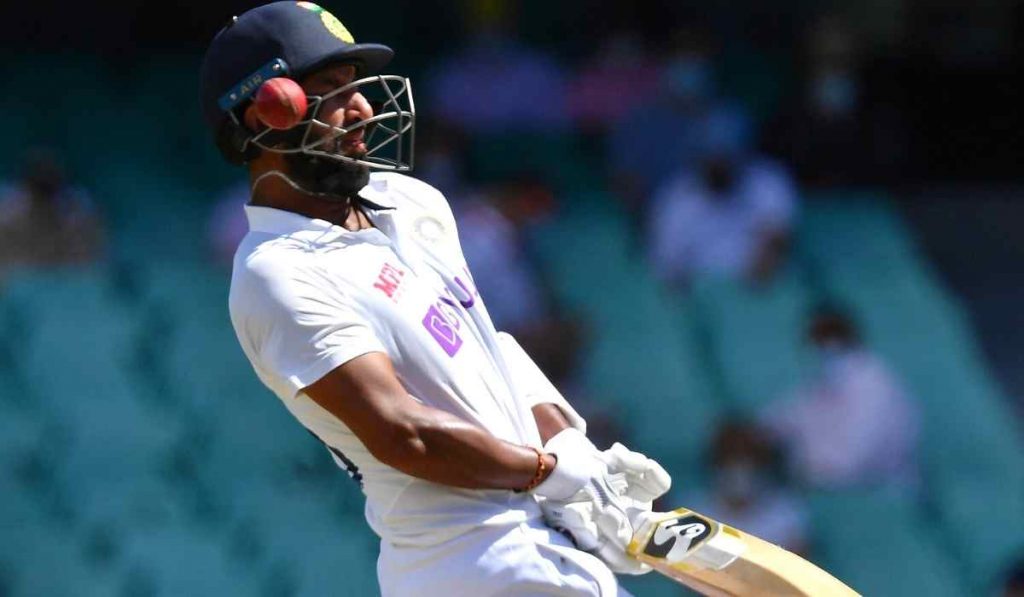 When someone tops the scoring chart for your team, your first and natural reaction to it would be to applaud the player for his efforts. That’s usually what happens too in almost every match but not in this particular case of Cheteshwar Pujara. He got heavily criticized on Twitter by Cricket Pundits even though he top scored in India’s inning along with Shubman Gill.

Both Pujara and Gill scored 50 apiece in India’s first inning which ended on 244 giving Australia a 94 runs first inning lead. While people went gaga over Gill’s inning, they weren’t particularly pleased with Pujara’s efforts. Even Ricky Ponting was quite critical of him when he answered a fan’s question on Twitter.

I don’t think it was the right approach, I think he needed to be a bit more proactive with his scoring rate because I felt it was putting too much pressure on his batting partners https://t.co/2OhmdATvke

The reason why Pujara got the stick was due to his approach while batting and not because of anything else. He played 176 balls to score 50 runs due to which scoring from one end was completely blocked putting pressure on other batsmen to score. He even defended some of the loose balls which were perfect scoring opportunity.

However, Pujara often plays with this same approach and it worked for him too on the last tour but it also depends on the longevity of his inning. The longer he plays, the easier it gets for other batsmen to score as bowlers get tired but once he gets out after getting set with scoreboard not moving, team is always playing catch-up cricket after that.

This is exactly what happened in India’s first inning on Day 3 of the SCG Test. With Pujara and Pant batting, India felt they were right into this game, which they were but they couldn’t have afforded to lose any wicket there. Pant and Pujara got out in quick succession leaving India 6 down for 195. Fans were unhappy with Pujara because in those 176 balls, other batsmen might have scored 80-90 runs instead of only 150 and India’s score would’ve been 225-235 instead of 195 when Pujara was dismissed.

Look at the intent from Marnus. At number 3 taking the game away. See the scoring rate. Both Pujara and Marnus are very good but Marnus has taken this Test match for his side: Pujara built pressure on others by getting bogged down.

What Pujara’s conservative approach also did was that it not only put a stoppage to scoring from his end but it also built pressure on other batsmen to score. Although, it wasn’t easy for Pujara while facing a relentless Australian attack. However, India played some poor cricket in the second session particularly and that’s evident from the 3 run outs in India’s inning.

How can you not complete that run when it’s not even a direct throw! This is poor from India. First Pujara keeps blocking which will never work, then Vihari does the same, then the Pant injury and now this. Test match being handed to Australia.

A different batsman would’ve got 80-90 in 176 balls which makes India 30-40 runs behind the game atm. He just gives you false sense of comfort and once he’s gone…. #AUSvIND

Anyone defending Pujara’s performance this series based on the 2018/19 needs to acknowledge that he’s scored 70% fewer runs per dismissal and 35% fewer runs for every 100 balls he’s faced. Solidity only counts if it comes with longevity.

However, not everyone criticized Pujara. Some of the fans defended and justified his approach of playing safe as well.

Barely a few weeks since 36 all out and we are starting to find flaws in a player who put a price tag on his wicket and lent some respectability to the score. The same defensive Pujara won the series against this superb Aussie attack two years ago. https://t.co/N3R4huCQaC

16 off 100. 40 off 133. 50 off 174. There’s a method there. Those who tweet about Pujara’s approach to bed down and his (lack of) intent don’t get Test cricket. And they’ve probably forgotten that he batted 30-odd hours in India’s ONLY Test series win in Australia. #INDvsAUS

Pujara is joint top-scorer, by the way…..