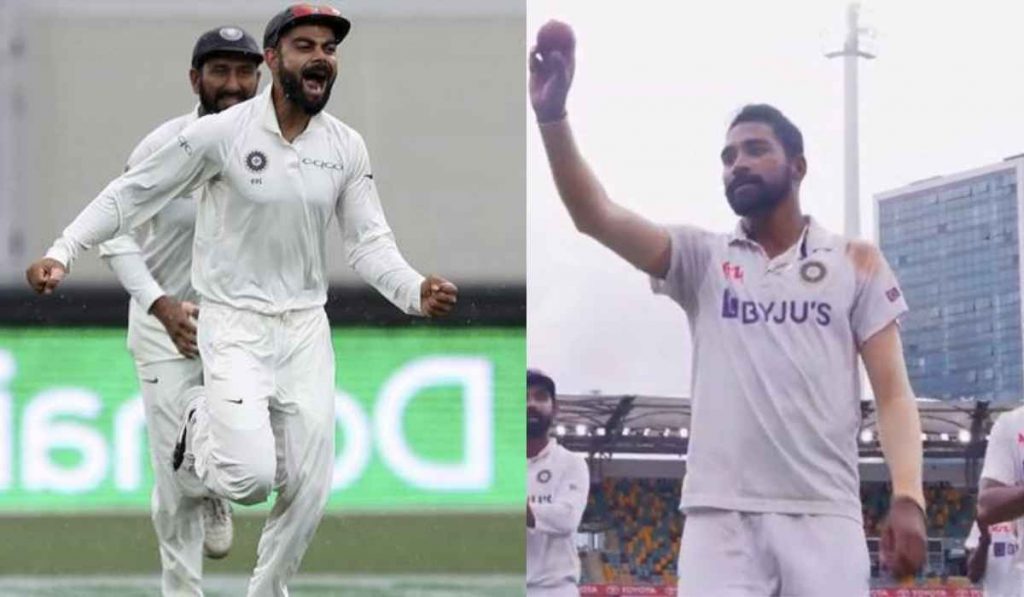 Mohammed Siraj played a huge role in India’s success in winning Border Gavaskar Trophy and breaching Gabba fortress by picking up 13 wickets in the series and 6 in the match. He was the highest wicket taker for India after missing out in the opening Test match at Adelaide. Upon returning to India, he credited Virat Kohli and Royal Challengers Bangalore for his success while talking to media.

Siraj, who is the member of RCB side had a very good IPL 2020 in UAE but before that, his abilities as a bowler was always questioned seeing his poor returns in the IPL and that’s where RCB management and his captain Kohli played a huge role. They backed him in his tough times and Siraj thanked them for the faith they showed in him at that time. 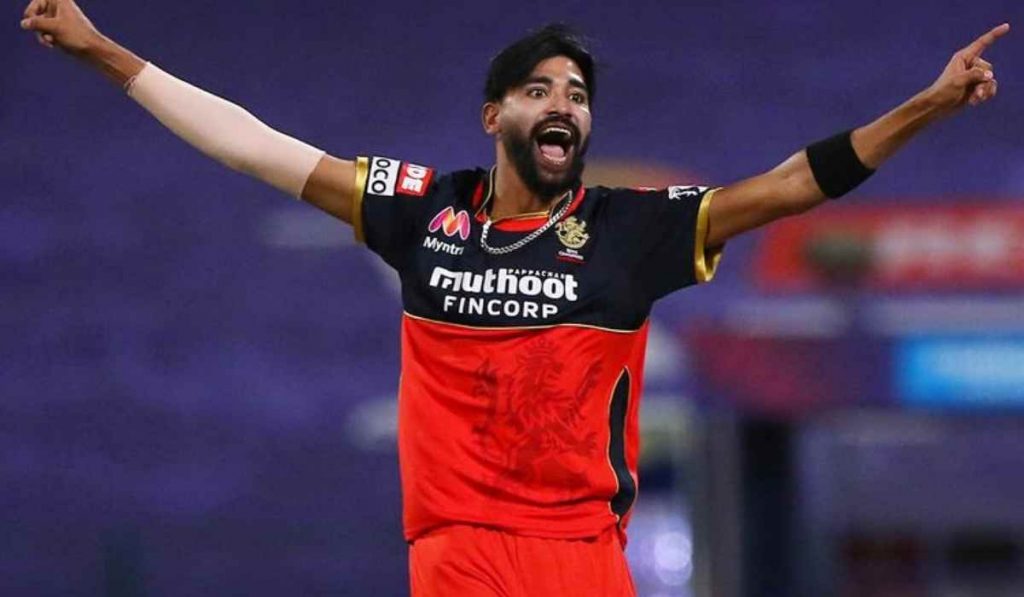 ” Pehle to RCB ne mujhe back kiya, mujhe retain kiya jo mera kharab season jaa raha tha 2018 me (First RCB backed me by retaining me even when I was having a bad season in 2018)” , Siraj talked to media and told how important role RCB played in his success.

Siraj had stuck limelight when he was bought by RCB in whopping 2.6 crore Indian rupees in IPL 2017 auction by Sunrisers Hyderabad. He had a okayish first season for a youngster where he taken 10 wickets in 6 matches, even though his economy was on a slightly higher side. Royal Challengers Bangalore then bought him in IPL Auction but in 2018 and 2019 combined, he could only take 18 wickets in 20 matches along with being expensive too. Despite all these poor returns, he was retained by RCB which meant the franchise told him that it had full faith in him giving him all the confidence he needed.

Also read : IPL 2021 : Three released players who can be bought back in the auction by their former teams

” Virat bhai mujhe hamesha back karte hain, ki tujhme hai dam tu kar sakta hai… jyada soch mat ki mere se ye nahi hoga, bas pressure mat le, bas jo hai wo karte jaa (Virat always backs me, he shows faith in my abilities, he tells me not to take too much pressure, not to think like I can’t do something, he encourages me to continue doing what I have to do to get the best results) “, Siraj while talking about the importance of Kohli’s trust which led to his success.

After the disastrous 2018 and 2019 IPL seasons, Siraj had become a troll material for many on the social media and among the cricketing fraternity in general and discarding him was the easiest thing to do at that point of time. Neither RCB nor Kohli thought like it which gave the fast bowler all the confidence he had needed to elevate his level of bowling. Even when he was struggling in IPL, he was bowling beautifully for his Ranji side Hyderabad and India A in red ball cricket and it was only a matter of time and some faith before he started giving returns and here we are with the returns, both in Test cricket and in IPL.