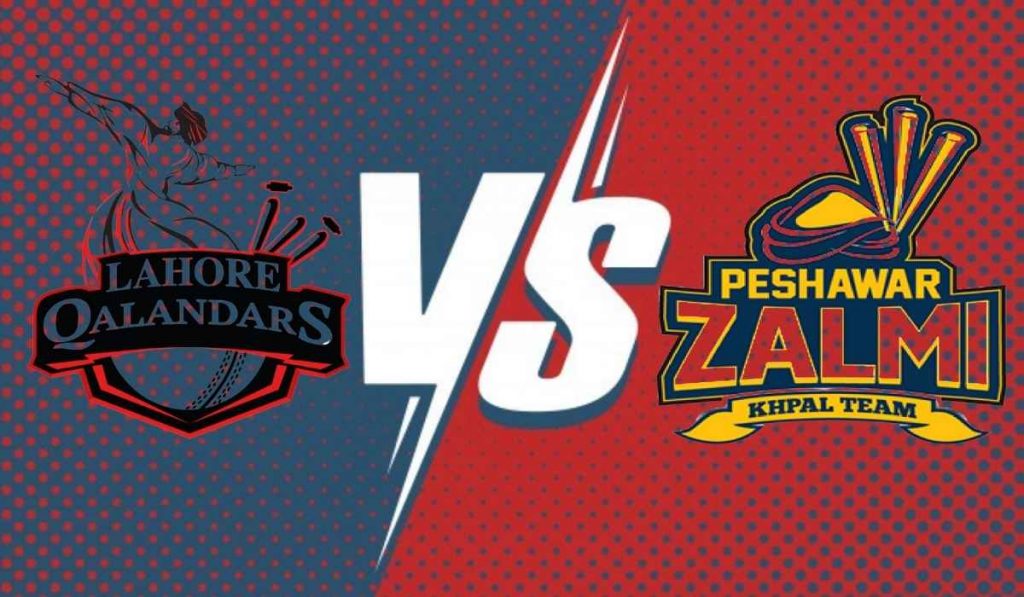 In this article, we take a look at the finest possible LAH vs PES PSL Dream11 Team for the second match of PSL 2021 scheduled on Sunday. Both teams are playing their first games and hence it could be challenging for you to make a perfect Dream11 Team on your own. Here you will get all the information you need.

Lahore Qalandars are one of the two teams who haven’t won the PSL title yet but they did make the ultimate progress last year by reaching the final. The Qalandars will be hoping to cover the extra mile and cross the final hurdle this time and they have got the team for it as well although they have got a very fierce and strong Peshawar Zalmi side to face in the first match.

Under Sohail Akhtar, Lahore have got some great players of T20 cricket on paper. Fakhar Zaman, Mohammad Hafeez, Ben Dunk, Rashid Khan and Shaheen Afridi are those who make this side stronger and attractive and it is only a matter of them to converting their potential into performance on the field.

Best Players to pick from LAH

Peshawar Zalmi on the other hand, have had a very contrasting history when compared with Lahore. They have won the PSL title once in 2017 by beating Quetta in the final while they have ended up as runners up twice too. With the strength and quality Zalmi possess, they have a little advantage over Qalandars before the match.

Zalmi get boosted by the players like Kamran Akmal, Ravi Bopara, Sherfane Rutherford, Mujeeb ur Rehman and Shoaib Malik and these players out-experience the top players of the other side when it comes to T20 cricket. However, experience is not the only thing which defines the outcome of a game.

Best Players to pick from PES

The National Stadium pitch is quite friendly to bat upon and this is backed by certain statistics. The average first inning score here in T20 Internationals is 191 while in domestic T20 cricket, it is 168 which isn’t bad by any means. The venue hasn’t seen a single score below 150 till date whether in international cricket or domestic cricket and that pretty much tells you to trust batsmen more than the bowlers in your fantasy team. 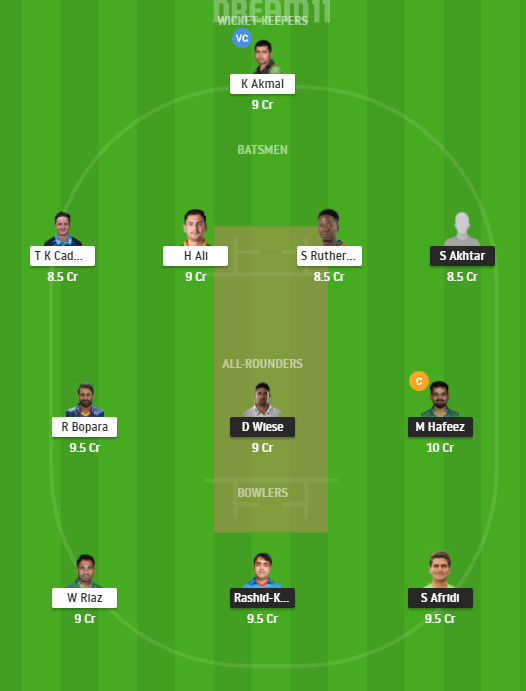 According to our prediction, LAH will win this match.

The LAH vs PES teams can also be used on MyFab11 which charges the least entry fees and competition is less. Get Rs. 50 on joining and 100% cash bonus up to Rs. 5999 on first deposit!