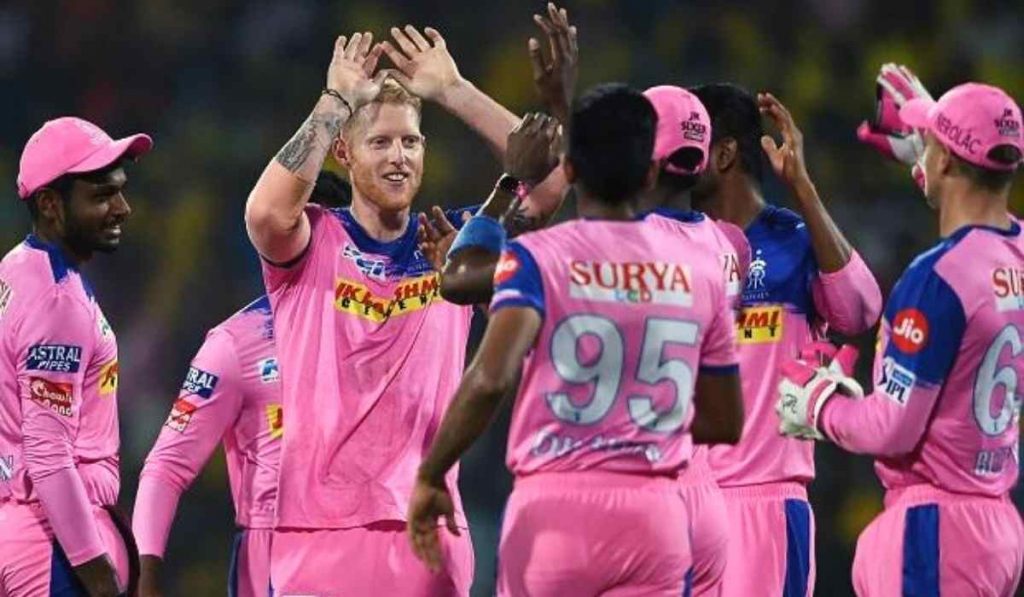 Rajasthan Royals had a great auction as they were able to fill in the voids they had in the IPL 2020 even though they had to pay heavily for that. They needed a second overseas fast bowler and they got Chris Morris, they needed a lower order Indian batsman and they got Shivam Dube, they needed more options in spin and they got KC Cariappa. Now the challenge for them lies in utilizing these players well. In this article, we take a look at what could be the ideal playing 11 of Rajasthan Royals (RR) in IPL 2021.

Even though Ben Stokes scored a century opening the inning and Buttler scored a 50 while batting in the middle order, it is a no brainer to recognize the ideal opener between the two. Buttler opens for England in T20 cricket and ideally he should open for the Royals too. But then, he is a good player of spin and can be highly effective in the middle order too so we wouldn’t want be surprised if RR decides to push him into the middle order.

Yashasvi Jaiswal had a pretty disappointing debut season after the hype created around him. he failed to exhibit his true potential tot he world which is why even the RR management gave him only 3 matches where he scored only 40 runs. However, gone the previous season, gone the burden of disappointment. In the absence of Uthappa (as he has been traded to CSK), Jaiswal seems to be the first choice opener now and he would love to make a mark this time around.

The best thing about Royals batting lineup is that it is flexible and they can afford playing Buttler as opener and middle order batsman both. Same thing with Ben Stokes too but with Jaiswal being a left hander, it becomes vital for RR to open with a right hander, i.e, Buttler instead of Stokes.

Sanju Samson blew hot and cold throughout IPL 2020. He lit up the season in the first 3 matches and even though his overall numbers from last season look quite respectful, he couldn’t do justice to his full potential. This season he is having the big responsibility of leading the side as well as RR sacked Steve Smith from captaincy and released him at the same times. For someone, who is still making his mark in this tournament, it would be a great responsibility.

At 4, Ben Stokes makes a good case for himself. He plays for England in the middle order. He can finish games, he can actually finish some impossible looking chases with his abilities which is why it will be more beneficial for Rajasthan to put him in the middle order than to make him open the batting where he can be susceptible to the seam movement at times. Stokes also gives RR that option of right and left hand left combination through the middle overs.

Riyan Parag had a horrible IPL in 2020 but in spite of that, it makes sense to start with him. He scored only 86 runs in 12 matches he got in the middle order at this position and apart from the one inning in which he took Rajasthan Royals home along with Rahul Tewatia, he didn’t have much to show in last season statistically. However, that one inning showcased a lot about his potential and if he can perform upto his capabilities, he would be an asset for RR. If he doesn’t, then RR have got other options in Mahipal Lomror and Manan Vohra. They can also play Liam Livingstone if this area really needs a strengthening but that we can only see once they play Parag at 5.

With buying Shivam Dube, RR have given themselves an extra finisher to play in the lower middle order after the match winners in the batting lineup right from the top. Dube is an utility player. He can bat, he can bowl and he is good in the field too which makes this purchase quite handy.

In 2020, he scored 129 runs and took 4 wickets which was definitely not a season he should be happy about but he showed signs of improvement from the previous season which would’ve given him a lot of confidence. With so many match winners around him at RR, he would feel lot more comfortable.

Not a lot of people knew Rahul Tewatia before the match which made him the household sensation one night. Let’s not go into the details of the game since he is a household name now and everyone knows what he did that night in Sharjah. But often it happens that players perform in one or two games and then go missing the entire season, take the case of Riyan Parag for example. It wasn’t the case with Tewatia though. He was consistent, not just with the bat but also with the ball.

In 14 matches, he scored 255 runs, picked up 10 wickets and did exactly what would’ve given the much needed stability to RR. He performed consistently throughout the season but now the next challenge ahead of him would be to perform well in his second season when the teams will figure out his strengths and weaknesses. If Tewatia fails to replicate the same performance, they have the option to replace him with a specialist spinner given the balance of the side.

Shivam Dube is not the only player who has gone from one Royal to the other Royal. Rajasthan Royals bought Chris Morris at a whopping 16.5 crores making him the most expensive player in the IPL history, ever. They had to pay a hefty sum to get his services back to Royals but it was totally worth it. RR needed a bowler who could support Jofra Archer and after the kind of season Morris had leading the RCB bowling attack in whatever amount of matches eh played, there should be no doubt about his calibre.

Not only he can support Archer with the ball but he can also be used as a floater with the bat because of his all round capabilities. RR has 3 inexperienced Indian batsmen after Ben Stokes and at any time, they feel like strengthening that area, they can promote Morris and put him in the middle of those 3 batsmen as a bridge. They just need him to be match fit anyhow.

Jofra Archer has the responsibility of leading RR pace battery yet again and this time he has the able support of Chris Morris. Till last season, the second fast bowlers were letting him down from their ends. Archer had a fantastic IPL 2020 where he took 20 wickets in 14 matches at an average of only 18. Not only with ball, he also hit some lusty blows at the end with the bat. That over against Lungi Ngidi in the match against CSK in the initial phase comes to mind when we talk about Archer’s batting prowess. In the batting too, he would have the support of Morris although he will need it more in the bowling.

Around Archer and Morris, Kartik Tyagi should have a great time this time around. He showed the promise in IPL 2020 but wasn’t experienced enough to handle the pressure of being the second fast bowler of this side. Around two established fast bowlers, RR should be able to groom him well in IPL 2021.

After a high of IPL 2019, Shreyas Gopal had a flop season last year where he could take only 10 wickets in 14 matches but he still remains the first option for this role. RR have got some other options in Mayank Markande and KC Cariappa which they bought in the auction but they would hope Gopal delivers for them before they start looking for other options.

All these players make the ideal playing 11 of Rajasthan Royals (RR) in IPL 2021.