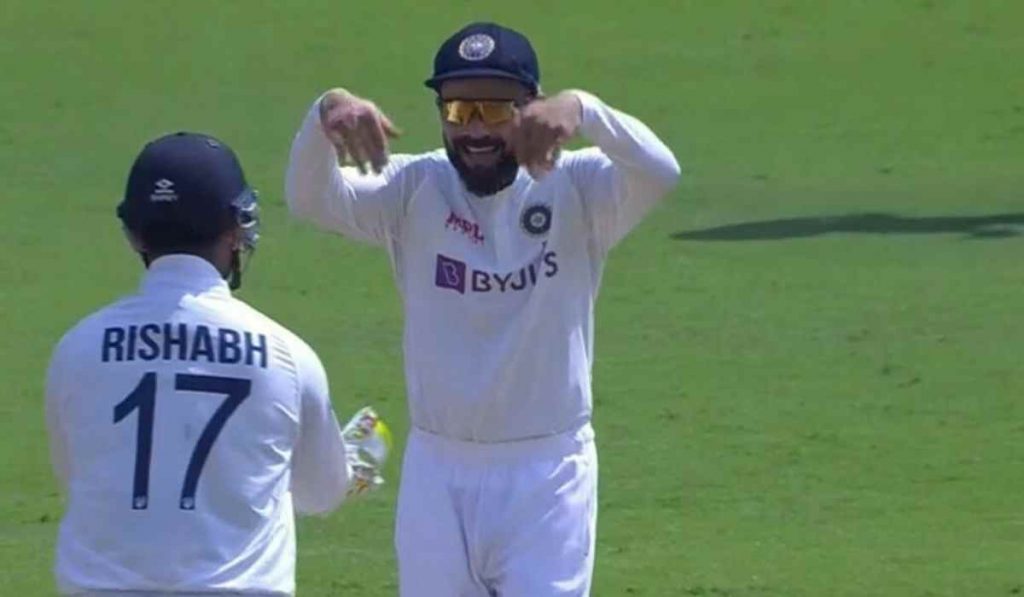 There wasn’t a lot to talk about the first session of first day of the first Test of India vs England series apart from the fact that India won the session despite a steady start & firm resistance from England. A catch was dropped by Pant as early as in the second over, Burns gifted his wicket to India in order to play an atrocious reverse sweep and Root survived a close run out call in the final over before lunch.

However, there was one thing which grabbed people’s eyeballs the most and that was Kohli’s move to bring Bumrah back into attack which produced the wicket of Dan Lawrence 6 minutes prior to the lunch. Kohli, who was under pressure from a certain section of fans and experts over his captaincy after India’s success in Australia under the captaincy of Rahane produced a brilliant attacking move and he was rightfully hailed for it by the fans on social media.

Before Lawrence came to bat, India were operating with Ashwin and Nadeem from the two ends and with just 10 odd minutes remaining in the lunch, it’d have been an easy and obvious decision to keep bowling both the spinners and play for the lunch but Kohli had other ideas in the mind as he brought back Bumrah to attack a new player who was playing only his third Test. The move worked as Bumrah dismissed him on a duck. Fans took a notice to the move and praised Kohli for it.

Also read : 7 records Virat Kohli can break in the India vs England series

First Test wicket for Jasprit Bumrah in India – it was a beauty, sharp as you get from Boom. Excellent from Kohli to bring Bumrah back vs Lawrence.

Smart move from Kohli to bring back Bumrah in place of Ashwin, who got Burns in the previous over.

Captain Kohli for you ! 🔥 pic.twitter.com/nhCbQSf1oX

Good change by Kohli here , Kohli has brought back Bumrah instead of Ashwin even though Ashwin took wicket last over he bowled and Bumrah picked up wicket .

That was a brilliant bowling change by Kohli. New batsman in, just a few mins before lunch, gets back his strike bowler.

Half of blue tick Twitter would have gone bonkers with this & written essays on the move if it wasn’t Kohli the captain. #INDvENG

What a decision taken by Virat Kohli to given the ball to Jasprit Bumrah after falling first wicket of England. Smart Captaincy, Virat Kohli.

Good captaincy by Kohli to replace Ashwin with Bumrah with minutes to go before lunch. New batsmen would have never faced someone like Bumrah in his life and worked well. #INDvENG

Earlier in the morning, Kohli lost his 1oth toss against England in last 11 Tests as the visitors opted to bat first on a beautiful batting wicket of Chepauk. England’s start was steady as they didn’t lose any wicket in the first hour but finished the first session at 67-2 after losing both Burns and Lawrence in quick succession.