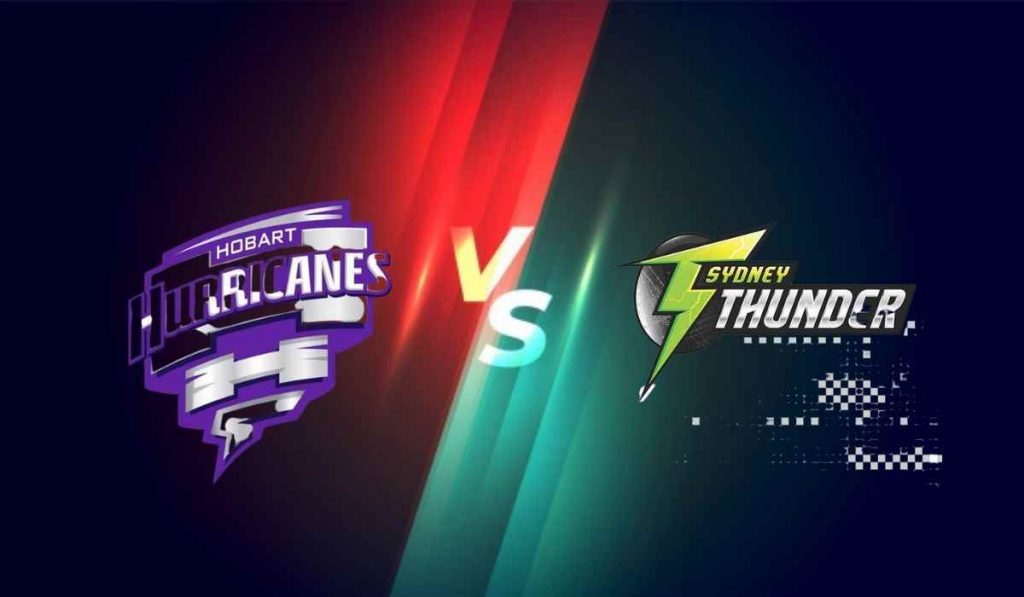 There will be a couple of matches in the BBL tomorrow and in the first of the two games, Hobart Hurricanes will take on Sydney Thunder in Perth. This is a top of the table clash and so we are expecting high voltage action from this game. We also expect fierce competition in the Dream11 Fantasy which is why we are bringing you HUR vs THU Dream11 Team Prediction post to help you with fantasy cricket.

Despite losing the last match to Melbourne Stars, Hurricanes will be aiming the top spot and a win will do it for them because of their superior net run rate over Sydney Sixers. They went down fighting in their chase in the last game and it was one of the few close games this BBL experienced. Ben McDermott scored a beautiful 91, but it went in vain.

Hurricanes have named their 16 men’s squad leaving out Charlie Wakim. Rest of the squad is remaining to be the same while the places of D’Arcy Short and Johan Botha would be up for discussion when they’d sit to decide the playing 11. These two have failed to make much significant contributions in the last few games.

Sydney Thunder will be eying a top spot in this game and just like Hurricanes, a win will do the trick for them as well. Thunder must be disappointed after failing to defend 175 at a venue like Gabba and that must ring some alarms when it comes to the bowling department. Except a couple who bagged ducks, all the batsmen batted beautifully but when it came to the bowling, none of them was even economical except for Chris Green who only conceded 20 runs in his 4 overs.

Thunder received a big blow when Daniel Sams was ruled out of this game due to concussion. Sams batted exceptionally well in the last game scoring 37 runs in just 18 balls. Other than Sams, remaining squad is same but Adam Milne’s spot could be up for grabs.

After few matches on this surface, we all are familiar with Perth Stadium pitch. It’s a beautiful batting wicket but it also helps the fast bowlers if they bowl in the right areas. Scorchers have scored 180+ totals twice in two games here but what’s also interesting that the chasing teams have lost by big margins in both these games. Team winning the first would love to bat first and with the fast bowling strength Thunder have, we’d back them to win the match if they win the toss and bat first.

HUR vs THU Head to Head

The HUR vs THU teams can also be used on MyFab11 which charges the least entry fees and competition is less. Get Rs. 50 on joining and 100% cash bonus up to Rs. 5999 on first deposit!