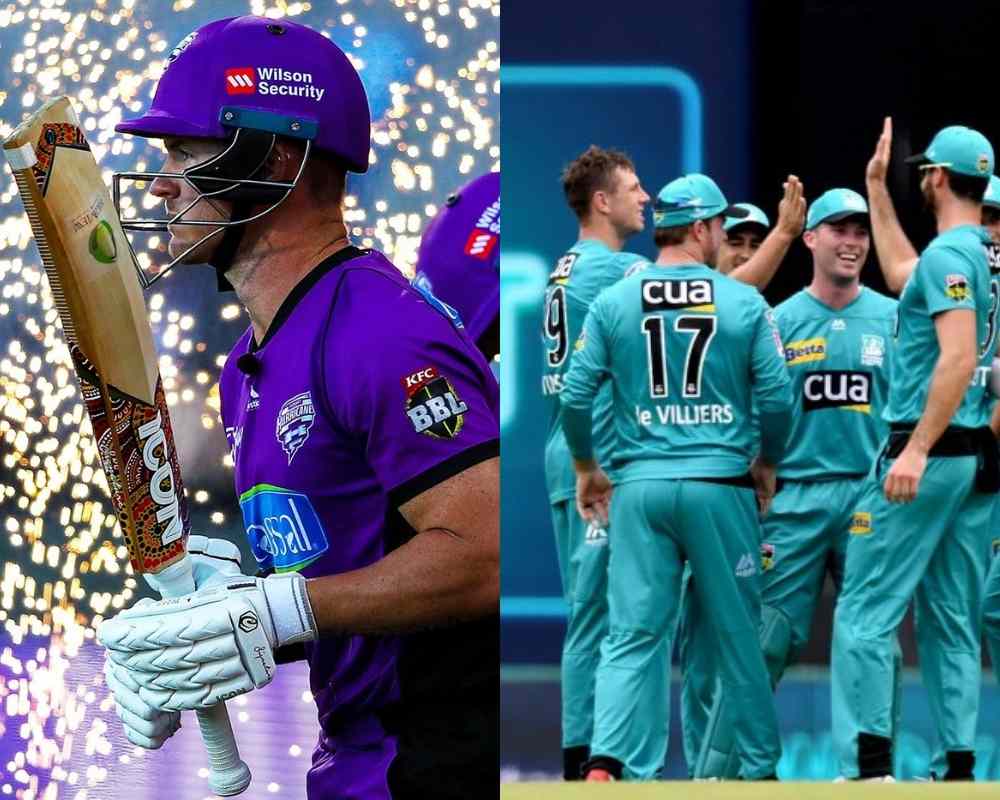 An in form Hobart Hurricanes will play a struggling Brisbane Heat in the 20th match of BBL 2020 at the Gabba and this match is expected to be a cracker of a contest. The match will begin at 01:45 PM IST. To help you win in fantasy cricket, we have come up with the most HUR vs HEA Dream11 Team Prediction where you will get all kind of information related to the players of both sides along with the fantasy tips.

Hobart Hurricanes will look to avenge their previous loss to Brisbane Heat which came just in their last game where the Heat beat them by 4 wickets chasing a modest total of 149. Hurricanes couldn’t got themselves going at all in the match but the two positives for them came in the bowling department where Short and Meredith picked up 3 wickets and 2 wickets respectively.

They have announced their 17 men squad for the game and they have left James Faulkner for this game. Faulkner had left the field while bowling 10 balls and he hasn’t recovered from the injury yet.

Heat, on the other side would be delighted to get their first win in this season and it came against the same Hurricanes they are going to face in this match. The bowlers set the tone for the win restricting Hurricanes to a low score but the opening partnership between Heazlett and Bryant just blew the Hurricanes away and they’d hope these two can replicate that performance.

Heat have made couple of changes to their squad in this game. English star Joe Denly comes in while spinner Jack Sinfield has replaced an injured Morne Morkel.

The Gabba pitch has been lot more bowling friendly than everyone had anticipated. The pitch has a lot of bounce and movement, especially with the new ball and that makes the run scoring bit difficult.

This season, the venue has hosted only two matches and the first inning scores in these two games have been 150 and 148. On top of that, Strikers had defended their total of 150 which tells batting isn’t easy here.

HUR vs HEA Head to Head

According to our prediction, Hobart Hurricanes will win the match.

The HUR vs HEA teams can also be used on MyFab11 which charges the least entry fees and competition is less. Get Rs. 50 on joining and 100% cash bonus up to Rs. 5999 on first deposit!