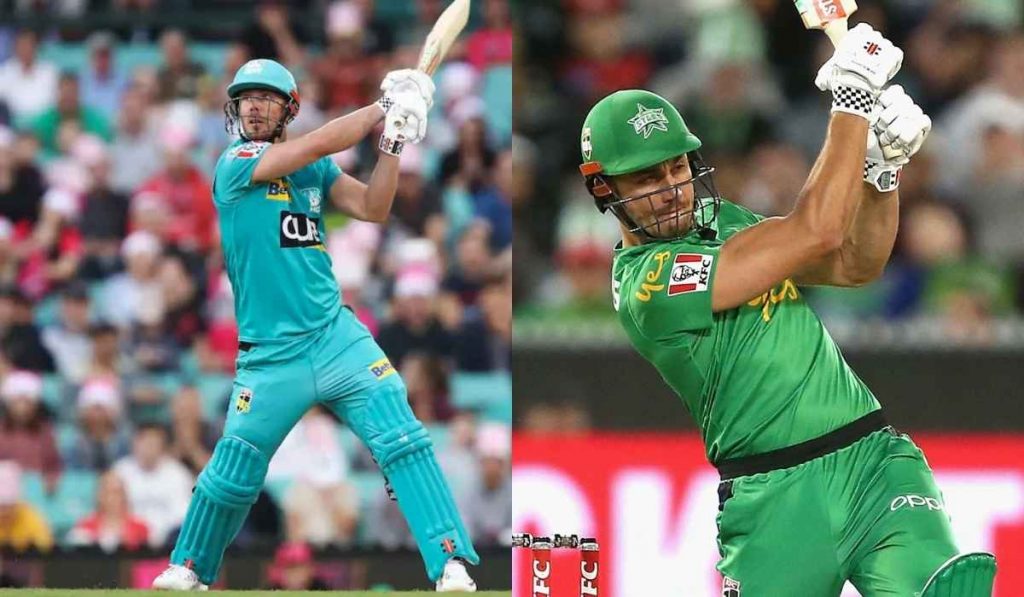 In the second match of the weekend double header, Brisbane Heat takes on Melbourne Stars in Queensland. As the BBL is approaching towards its business end, we bring you the HEA vs STA Dream11 Prediction post where we will give you the best HEA vs STA Dream11 Team to make sure you keep winning in Dream11 Fantasy cricket.

Brisbane Heat have struggled for a huge part of the tournament but they have suddenly found their mojo and they must be riding very high in confidence after beating a strong Sydney Thunder in their previous game. In a high scoring match, it was Mujeeb ur Rehman who had bagged Player of the Match award for being economical and picking up a couple of wickets.

Heat must be further delighted to have Chris Lynn back who is coming after an injury. All Lynn has got to do is to clear the fitness test which he will most likely do. Lachy Pfeffer, the wicket keeper batsman also returns to the squad although it’s very unlikely that he will get a game. He replaces fast bowler Connor Sully in the squad.

Stars have won as many matches as Heat in this season and that makes the competition between these two sides pretty even although Stars are 3 points ahead based on Bash boost. Just like Heat, they too are coming on the back off a high scoring thrilling win against Hobart Hurricanes.

Stars will have a stronger bowling attack with the inclusion of Pakistani fast bowler Haris Rauf who has joined the squad after finishing the quarantine. He will replace Zahir Khan in the squad for the third overseas player. In the playing 11, he can replace either of Liam Hatcher or Sam Rainbird.

Carrara Oval is often not a high scoring ground. In last 10 matches, 6 first inning scores have ranged between 150 and 169 which tells you the difficulty level in batting here. However, both teams have some firepower in their batting so don’t be surprised if that hurdle of 169 is breached.

Highest score at this venue is 193 while teams batting first have won 4 out of last 10 matches as opposed to 6 matches won while chasing.

HEA vs STA Head to Head

According to our prediction, Melbourne Stars will win the match.

The HEA vs STA teams can also be used on MyFab11 which charges the least entry fees and competition is less. Get Rs. 50 on joining and 100% cash bonus up to Rs. 5999 on first deposit!