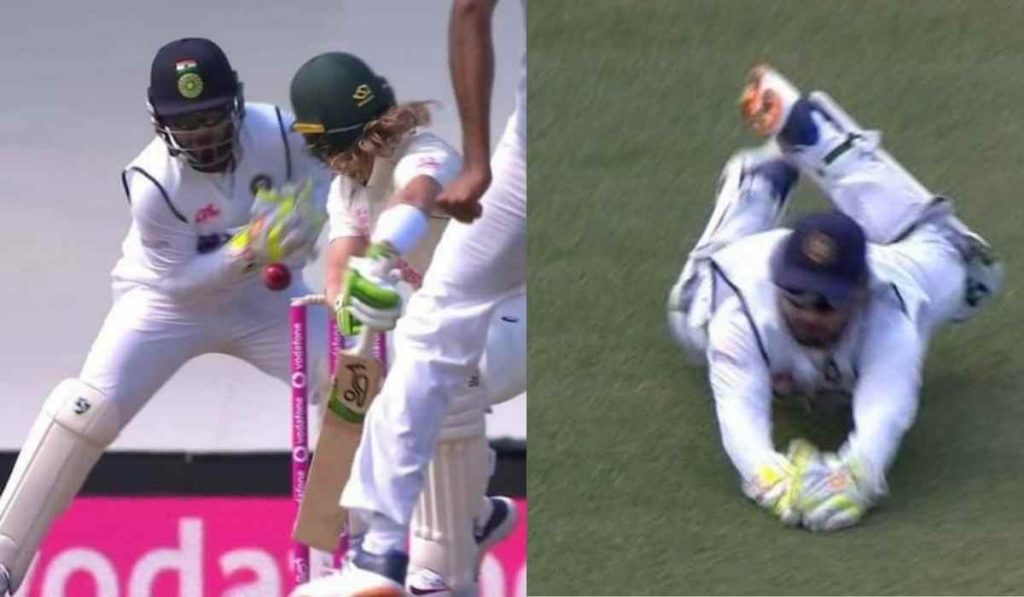 The wicket keeper slot in the current Indian Test team is often argued because of the two options, both completely different from each other. Wriddhiman Saha, a safe wicket keeper behind the gloves but hard to expect runs from him. Rishabh Pant, a very talented batsman and a wicket keeper still in progress.

After India getting bowled out on just 36 after preferring Saha over Pant in the Adelaide Test, they felt like the need to strengthen the batting with bringing in Rishabh Pant and compromising over wicket keeping. The move worked in Melbourne with Pant contributed an important 29 in the first inning and even a dropped catch from him in the second inning didn’t cost much.

But come the third Test in Sydney on a placid track tough to create chances again and again, it was important for India to hold on to their chances which they didn’t. Rishabh Pant, a more suited batsman but not a strong wicket keeper dropped couple of catches inside 10 minutes to deny India the chances of picking up Will Pucovski’s wicket before the tea break. He was eventually dismissed by another debutante Navdeep Saini on 62.

As soon as Pant dropped the catches, fans on Twitter started to miss Wriddhiman Saha and his wicket keeping. Here are what tweeples had to say about Pant’s dropped catches.

A rollercoaster of emotions for Will Pucovski! Initially given out, but on closer inspection he’s recalled to the crease! #OhWhatAFeeling@Toyota_Aus | #AUSvIND pic.twitter.com/WgT5lCRjAE

Blame it on @KumarSanga2 and @gilly381! Raised the bar too high for keepers with bat in hand.

Pant learned nothing from his Delhi Capitals coach. Could have easily did this for a wicket. #AUSvIND pic.twitter.com/30D9OouMJJ

Really poor keeping from Pant, to (twice) deny India deserved wickets. Ashwin and Siraj had done really well to build the pressure, and while it’s not dissipated yet, you feel like that was A Turning Point. #AUSvIND

Feel for Ashwin. Pant needs to up his keeping to keep Saha out of the team, 30 aggressive runs Vs Safe keeping a call India needs to take. #INDvAUS

The state of both out wicket keepers 🤣😭