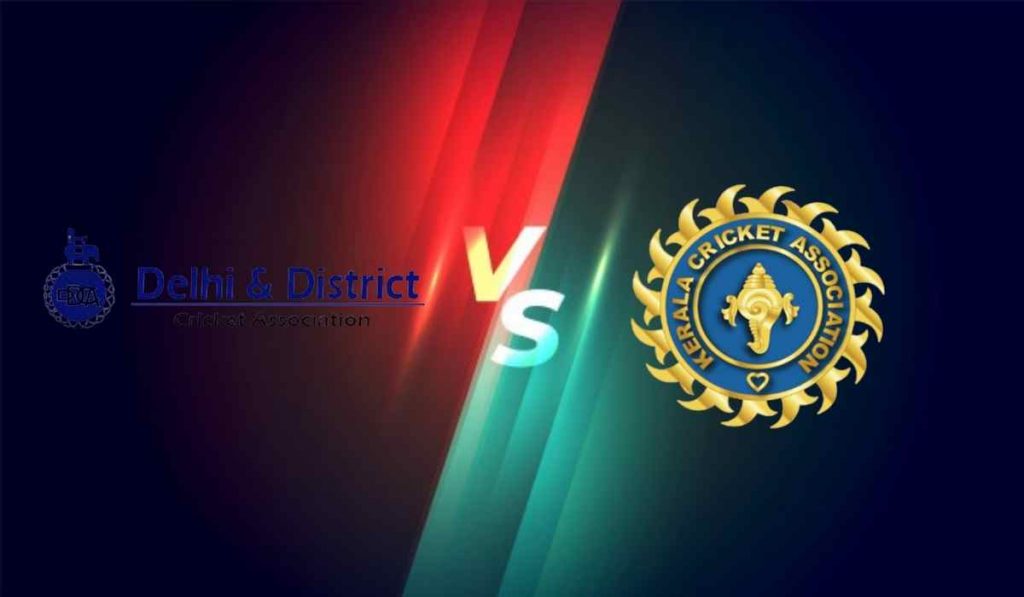 In the Elite Group E match at Wankhede in Syed Mushtaq Ali Trophy, the table toppers Delhi and Kerala will play their third match as it promises to be a thrilling contest as both the sides are in top form. In this article, we cover the fantasy aspect of the match by bringing you DEL vs KER Dream11 Team Prediction where we will tell you about the playing 11, pitch report and best players to pick in your Dream11 Team for DEL vs KER match.

Delhi have had two comfortable wins in their SMAT journey so far beating both heavyweight Mumbai and Andhra quite comfortably in the two games so far. Nitish Rana has held the batting fort of Delhi in both the games. He was at his destructive best in the game vs Mumbai but even against Andhra, he scored a good 27. The only concern for Delhi would be the top order where Shikhar Dhawan and Hiten Dalal haven’t fired so far and it could just be the calm before the storm.

The bowling has done wonders for Delhi. Ishant Sharma has been among the wicket and so have been Sangwan and Lalit Yadav. These players can not be overlooked in fantasy but they will be up against a strong Kerala side possessing a good batting lineup.

Kerala absolutely smashed Mumbai in their last encounter and it came on the back off a breathtaking inning from Mohammad Azharuddeen who just blew Mumbai away with his 54 balls 137. With Sanju Samson and Robin Uthappa around him, Kerala has a very heavy top order capable of doing well against any bowling attack.

However, Delhi management must have seen the videos of Azharuddeen and must have started working on his strengths and weaknesses and that’s where the challenge lies for him. The challenge for Kerala lies in their bowling too which conceded 196 runs against Mumbai. Sreesanth could be dropped and Sudhesan Midhun might come at his place for this game against Delhi.

Wankhede pitch is more friendly to batsmen than bowlers and the example was seen last evening both the teams scored over 190 runs in Mumbai vs Kerala match. However, in the day game Andhra could only manage to score 130 odd but that also boils down to the quality of batting and bowling. The target was chased by Delhi in 17 overs and that’s an illustration how good a track Wankhede is for batting.

According to our prediction, Kerala will win the match.

The DEL vs KER teams can also be used on MyFab11 which charges the least entry fees and competition is less. Get Rs. 50 on joining and 100% cash bonus up to Rs. 5999 on first deposit!