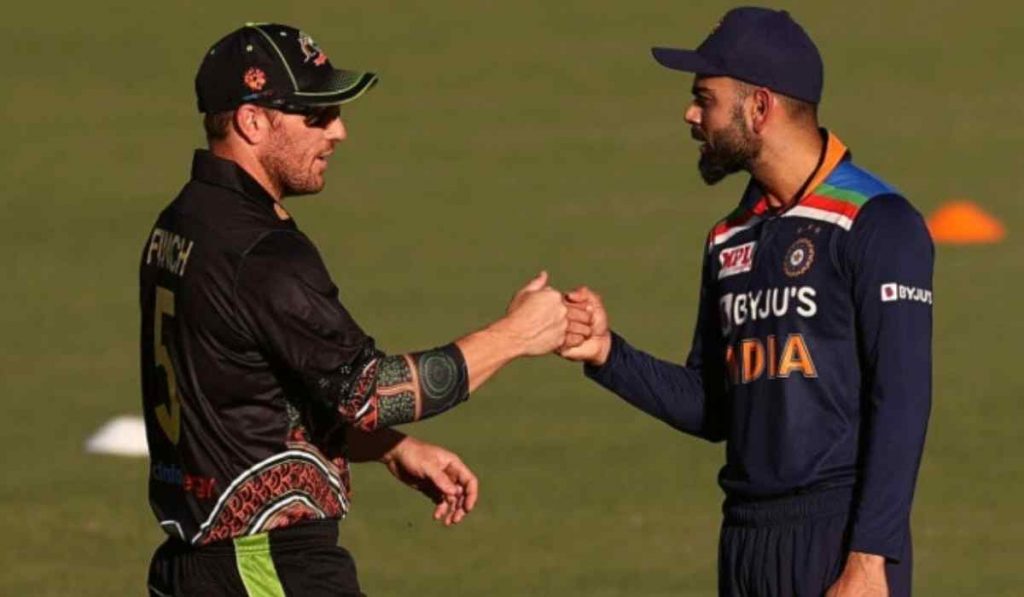 IND vs AUS Dream11 Team Prediction : Having won the first T20 match, India will go into the match full of confidence and would like to seal the series. In this post we will share a detailed statistical analysis of the match along with our FREE Dream11 team for the Australia vs India match.

Australia had an upper hand in the last game for a major part before they gave India a chance to make a comeback. They will be happy to see the surface of Sydney Cricket Ground where they played the first 2 ODIs and won both of them. Aaron Finch might not be available so Alex Carey can replace him D’Arcy Short. There will be a toss up between Mitchell Starc has been ruled out of both the T20s and he will be replaced by Andrew Tye in most likelihood.

India went with some questionable tactics in the first game but they got lucky with the concussion substitute who won the game for them. With Jadeja getting ruled out of the series, Chahal will come in the side without any hesitation. Rest of the team is likely to be unchanged however, India would be tempted to play Jasprit Bumrah and seal the series in Sydney itself.

The pitch in Sydney was absolute batting paradise during the one dayers but it might not be the case in the T20s too as the pitch must have got tired after 2 consecutive ODIs in 3 days. However, you can still expect batsmen to dominate the game.