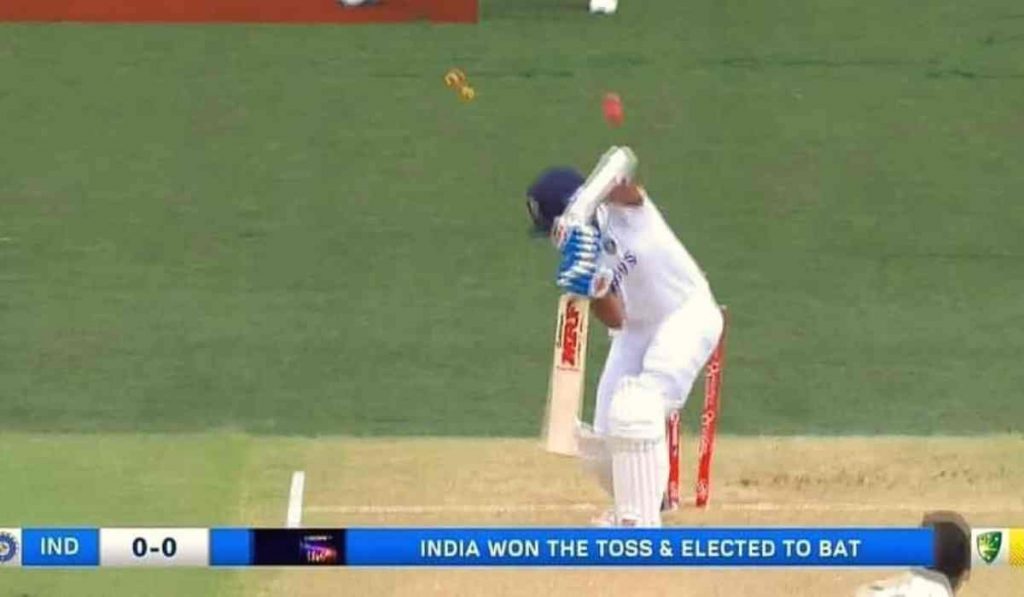 There couldn’t have been a more dramatic start to the Border Gavaskar Trophy than a batsman getting out on duck in the first over of the game. That’s exactly what happened with Prithvi Shaw getting out on a duck on the second ball. He played an incoming ball from Mitchell Starc and chopped the ball back on his stumps. It was his first duck in Test cricket.

And naturally, if you’re an opener of the team on a high profile tour, your failure is bound to drive more criticism and trolls. Shaw was subjected to some hilarious trolls along with the criticism for his technique on the social media. Twitter also hailed his IPL coach Ricky Ponting for pointing the flaw in Shaw’s technique and predicting the accurate mode of Shaw’s dismissal just a ball before during the commentary.

Here are some of the best reactions to Shaw’s ugly dismissal in the first over which was also the highlight of the entire first session.

“Quite often leaves a big gap between bat and pad and that’s where the Aussies will target.” @RickyPonting at his peerless best for the Prithvi Shaw wicket #AUSvIND pic.twitter.com/4nh67zBcpU

My wife used to apply make up and dress up even for grocery shopping, it never made sense to me. Then I saw Prithvi Shaw wearing jersey, hand gloves, helmel, thigh pad, knee guard, goti guard just to get out on 2nd ball. Respect for my wife has grown multifold ever since.

Not many openers do what Prithvi Shaw did. Playing as per expectations. #AUSvIND

Shaw has a lot of time on his hands to work this out and still make it very big and thats the best thing for him. Doesn’t matter how old you are, when you open the batting for India in Test match cricket you are bound to be under scrutiny and criticism.

When you was compared with Sachin, Lara & Sehwag but still performed like afridi 🦆#INDvAUS #PrithviShaw pic.twitter.com/TZl45Sb7jQ

#INDvAUS
After Defending 1st session without loss of more wickets

Despite losing Shaw early, India managed to play out the entire session at the expense of Mayank’s wicket. However, they only scored 41 runs in the entire session but that was also the need of the hour.  Earlier, India won the toss and without any surprise, decided to bat first. The second session is currently underway with Kohli and Pujara battling it out for India.