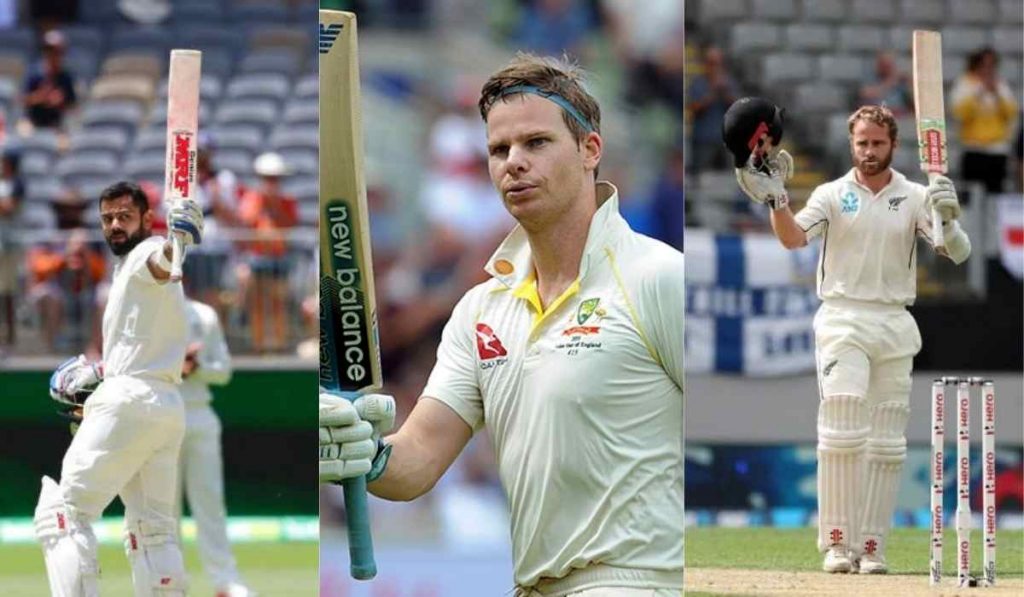 Ajinkya Rahane has broken into the Top 10 rankings of ICC Test batsmen right before the beginning of the Australia vs India series which now puts 3 Indian batsmen in the top 10 rankings for batsmen. Steve Smith remains the number 1 Test batsman after ICC updated and released the new ranking since New Zealand vs West Indies series was concluded.

The latest update to the @MRFWorldwide ICC Test Player Rankings for batting is here!

Indian captain Virat Kohli is at 2 in the ranking while Kane Williamson, who was at 2 along with Kohli in the previous ranking has lost 9 points due to missing the second Test and he has slipped down to 3. 3 Indians, 3 Australians and 2 English batsmen remain in the top 10 batsmen ranking and that makes the upcoming Border Gavaskar Trophy even more exciting.

While when it comes to the bowlers ranking, this is also dominated by the Aussie quicks. There are 3 Australian bowlers who are in the top 10 of the bowlers ranking beginning with Pat Cummins who is at the top with 904 points. Mitchell Starc is at 6 while Josh Hazlewood is placed at 9 in the rankings. As far as Indian bowlers are concerned, Ravichandran Ashwin has broken into top 10 now and he is placed right at the 10th place while speedster Jasprit Bumrah occupies the number 8 position. Stuart Broad is ranked 2 and Neil Wagner is ranked 3 in the ICC bowlers ranking.

Australia still remains the number one ranked Test team even though there were talks of New Zealand becoming the new number 1 team after beating West Indies in the 2 match series. Australia somehow edged past New Zealand in the decimal calculations to remain at top while Indian team is placed at number 3 followed by England and Sri Lanka in the top 5.

As the Border Gavaskar Trophy begins in a few hours time, it will give a good chance to the players of both Australia and India to improve their rankings by performing well. Australia would love to win the series, not only to stay at 1 in the ranking but also to avenge the defeat in the last series while India, without Kohli for 3 Tests, would love to win the series to prove some points to the critics.