The decade is coming to an end. And for the occasion, There must be a team with the star players from the past ten years, on very specific criteria.

Every coach in the world would surely want to lead a mega-team, at least for a day. In any case, it has a face, and stars to spare. To give it a structure, analysis must be based on a simple, precise and above all very revealing criteria.

It’s about the presence of players in the last ten top 10 of the Ballon d’Or. If only Messi and Ronaldo took place there 9 times, the defenders are for example much fewer, but still well represented because of mind-boggling performances. Here is the best eleven of the decade: Iker Casillas flew over the beginning of the decade. World champion in 2010, European and Spanish champion in 2012, winner of the Champions League in 2014. Well, we all must thank Casillas. And, with three appearances in the top 10 of the Ballon d’Or, in 2010, 2011 and 2012, the Spanish goalkeeper fully deserves his place as the goalkeeper. Manuel Neuer and Gianluigi Buffon could have applied, because the two have integrated the ranking of the ten best players in the world. But San Iker won it all. He is the only goalkeeper, over the decade, to have won the Champions League, the World Cup and the Euro.

To continue this super eleven, the defense is a accumulation of world class players. To start on the right flank there is Philipp Lahm. Sixth in the 2014 Ballon d’Or, the German right back raised the World Cup as captain on the same year. Better, he has also reinvented himself at Bayern as a midfielder. By his side, Virgil van Dijk. Revealed late in Southampton then Liverpool, the Dutch giant changed the face of the Reds of Jurgen Klopp and his national Dutch team. He came second in the 2019 Ballon d’Or, and the star central defender of the team.

To complete the defense, it would be a sin to miss heavyweights from from Real Madrid. Sergio Ramos  and Marcelo won 4 Champions League, while Ramos also posted a Euro Cup and the 2010 World Cup. He finished sixth in the Ballon d’Or in 2017. Meanwhile, Marcelo, and he is the only player on this list who has never appeared in a top 10 of the Ballon d’Or. Not a bit less than his contemporaries, he finished at 16th place in 2017 and his 22nd position in 2018 to appear in the decade’s best eleven. 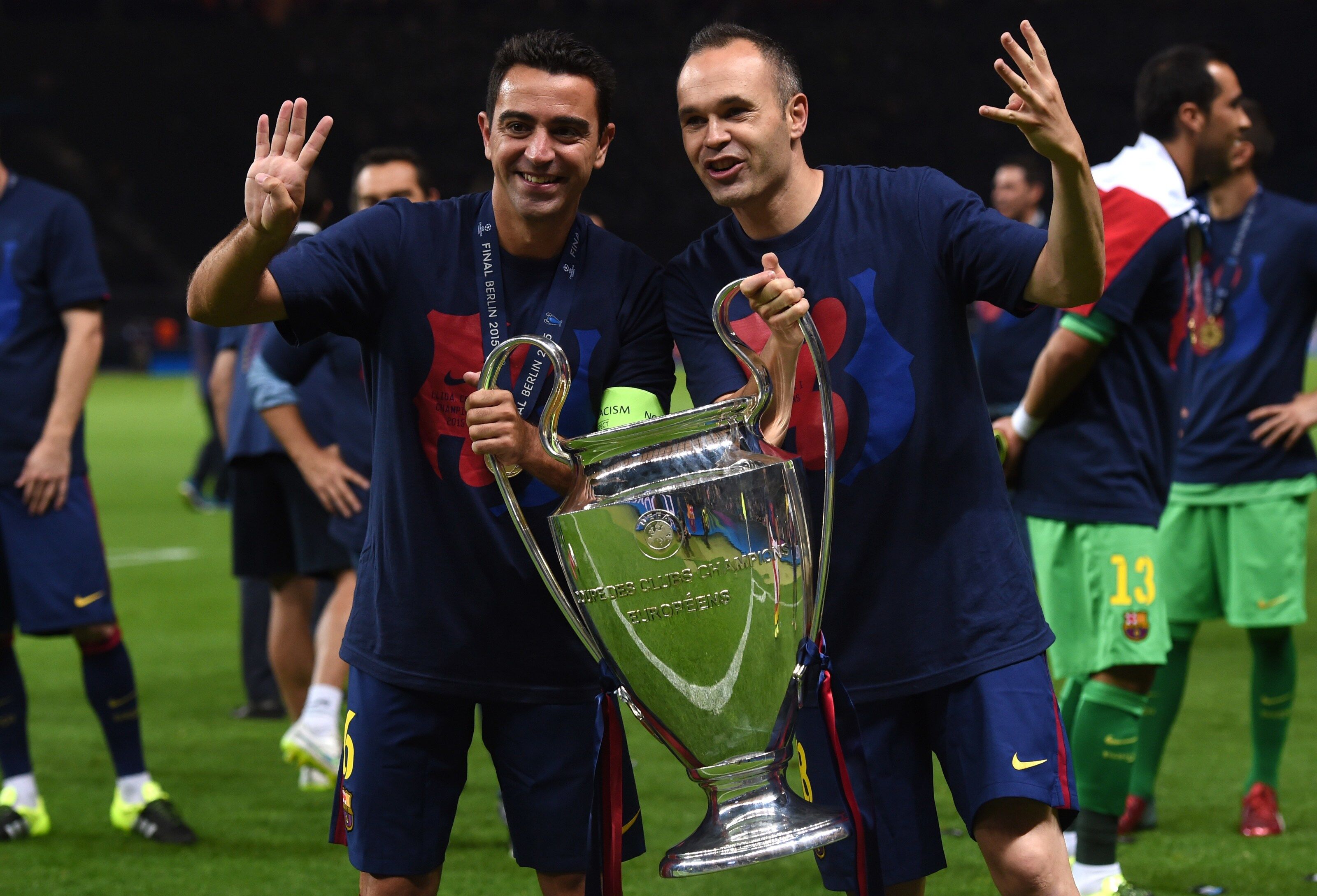 Barca and Real have dominated the decade, in terms of individual or collective trophies, and it is logical that there are three histories of the two behemoths at the heart of this team. Well, the first one in the midfield enjoyed both with Spain and Barcelona, and he none other than Xavi. Three times top 5 of the Ballon, he is the base of the midfield. To surround him, Andres Iniesta deserves his place. Heroic goalscorer in the final of the 2010 World Cup, sensational with Barca, the Spanish pocket torchbearer aligned the titles and masterclasses.

In the Ballon d’Or level, he came second in 2010, fourth in 2011, third in 2012, sixth in 2013, ninth in 2015. Hats off to the artist. And to complete our trio, there is Luka Modric. No need to remind that he is the one who ended the Messi-Ronaldo hegemony by winning the 2018 Ballon d’Or. Before that, he finished fifth in the ranking in 2018. And his record with Real Madrid, notably Champions League, is colossal.

Brazil, Portugal, Argentina. A triptych that smells of football. In any case, these three superstars have undoubtedly marked their era, even the history of football. To start, Lionel Messi and Cristiano Ronaldo . With respectively six and five Ballon d’Or, the duo have been wading for years and still fuel the rivalry. They have never left the top 10 of the Ballon d’Or over the entire decade, and deserve more than anyone their place on this team. To support them, Neymar, the man with sublime skills and the capabilty to turn any game with a pinch of his feet.